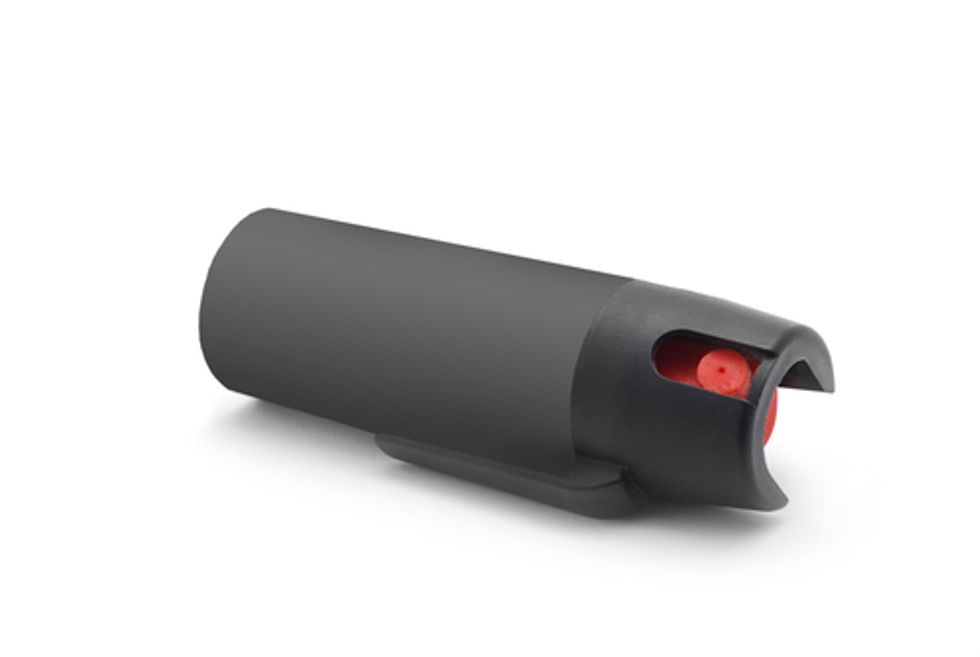 Tragic story of another school shooting at Seattle Pacific University, but luckily the damage was clearly limited compared to what it could have been. While the police believe he intended to kill many, many people, he only hit four and only one has died. That is because, as reported, a hero student hall monitor bust in and disarmed the shooter while he was reloading. The Seattle Times reports:

Jon Meis, a student working as a building monitor, pepper-sprayed the shooter as he stopped to reload, then put him in a chokehold and took him to the ground, according to police and a friend who spoke with Meis after the shooting. Then other students and faculty members rushed to hold the shooter down until police arrived.

Which means that pepper spray now has a better track record in defeating a bad guy with a gun than good guys with guns do. This 2012 article in Mother Jones explains:

Not a single one of the 62 mass shootings we studied in our investigation has been stopped this way—even as the nation has been flooded with millions of additional firearms and a barrage of recent laws has made it easier than ever for ordinary citizens to carry them in public places, including bars, parks, and schools.

Attempts by armed citizens to stop shooters are rare. At least two such attempts in recent years ended badly, with the would-be good guys gravely wounded or killed. Meanwhile, the five cases most commonly cited as instances of regular folks stopping massacres fall apart under scrutiny: Either they didn't involve ordinary citizens taking action—those who intervened were actually cops, trained security officers, or military personnel—or the citizens took action after the shooting rampages appeared to have already ended. (Or in some cases, both.)

This makes sense. The problem is, as Duncan Black argued in USA Today before this latest shooting even occurred, there is no good way to tell a good guy with a gun from a bad guy with a gun in the chaos of a shooting, which could lead to police killing an innocent person just trying to help. Nor do most civilian gun owners have the training required to be calm and target the correct person for shooting. That's hard enough for a police officer with that training to do! There was a good guy with a gun at the Gabrielle Giffords shooting, and, by his own admission, he very nearly shot an innocent person. Luckily, his hero fantasies didn't overcome his common sense.

Another issue with guns is that, while all the gun nuts imagine themselves to be crack shots under pressure, odds are that you're just as likely to get into a firefight with shooter, hitting innocent civilians, as you are to take him down in one shot.

Pepper spray, on the other hand, is about disabling and disarming and requires you to get close. Which reduces the chance of accidents and forces you to slow your roll and be safe. Which leads me to a second point that was brought up by a follower on Twitter:

@AmandaMarcotte Pepper Spray, sure. But this is a victory for the idea of limited magazine size.