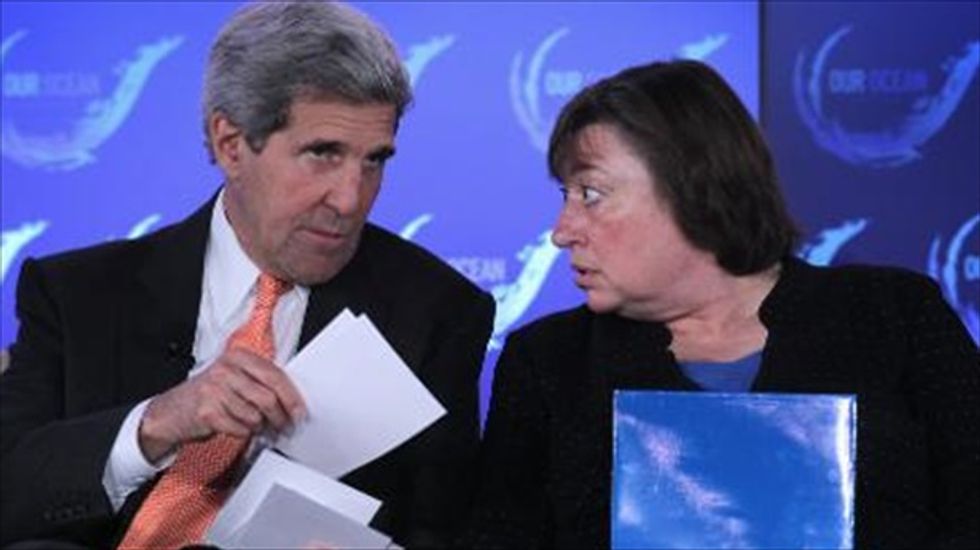 Secretary of State John Kerry (L) talks to Under Secretary Catherine Novelli during the 'Our Ocean' conference on June 17, 2014 in Washington [AFP]

The United States joined forces with other nations to declare a vast swath of the Pacific Ocean a marine sanctuary and take "historic" steps to combat illegal fishing. Taking the helm in a stepped up fight to save the planet's oceans, President Barack…