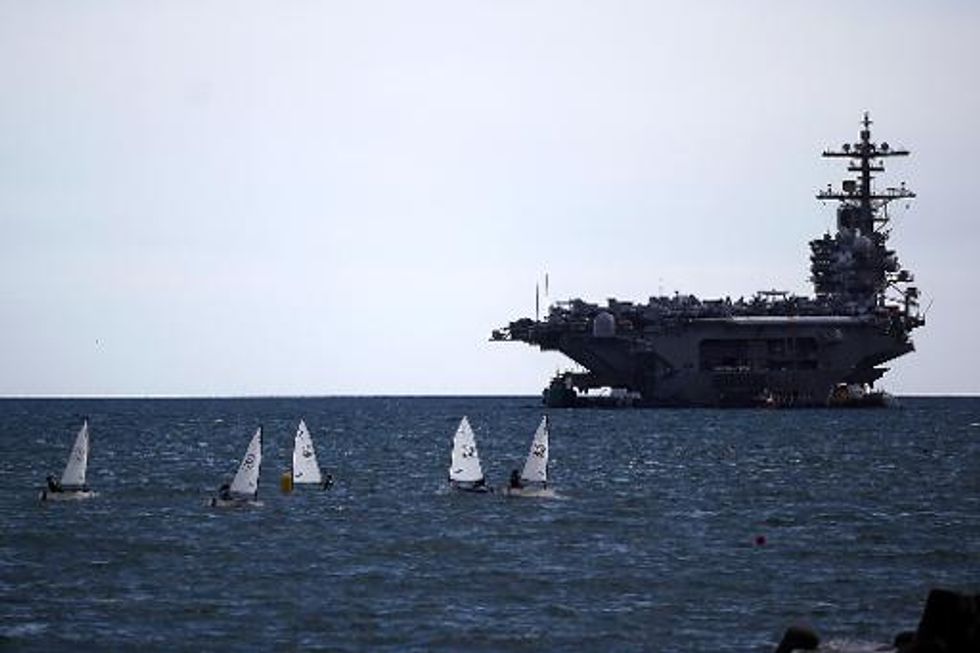 US orders aircraft carrier into Gulf over Iraq crisis: Pentagon (via AFP)

The United States has ordered an aircraft carrier, the USS George H.W. Bush, into the Gulf in response to the crisis in Iraq, the Pentagon said Saturday. "The order will provide the commander-in-chief additional flexibility should military options be…