What happens to the billions of atoms in our body when we die? 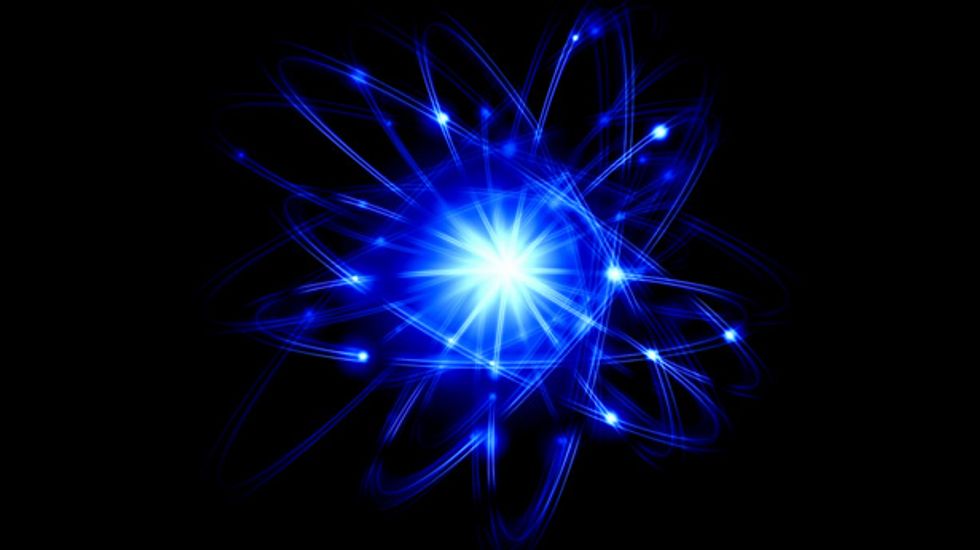 Q What happens to the billions of atoms in our body when we die? asks Victor Correa

A Put frankly, they end up all over the place. Once you die, the process/es of decomposition begin in which the vast array of molecules that make up your body, from fats to DNA, are broken down and their atoms incorporated into new molecules. Hence your carbon atoms might, temporarily, be found in a bacterium's cell wall or combine with oxygen and be released in the CO2 of a rat's breath. It's all part of nature's never-ending recycling system that is born of the law of the conservation of matter. Each element has a slightly different biogeochemical "cycle" – the carbon and nitrogen cycles being the stuff of school textbooks – but the upshot is that all of our atoms are incorporated into a huge array of other organisms and materials in a ceaseless game of pass the parcel. The ultimate origin of the vast array of elements is equally astonishing, formed as they were in the bellies of stars and in spectacular supernovae. As Carl Sagan so memorably put it: "We're made of star-stuff."

Q Is there an evolutionary explanation for the hypnagogic jerk (sleep twitches)? asks Claire E Havice

A As Dr Mark Mahowald, professor of neurology at the University of Minnesota Medical School tells me, hypnagogic jerks or "sleep starts" come in many forms. "The most common sleep start is the motor sleep start or hypnic jerk – typically occurring as one is falling to sleep often accompanied by a sensation of floating or falling through the air," he says. "Other less common forms are the auditory sleep start, characterised by a loud snapping or exploding sound seeming to come from the middle of the head. There is also a visual sleep start characterised by a sense of a blinding flash of light coming from the eyes or middle of the head. These are often very frightening, but are never related to any known medical or psychological problem."

While the prevalence of sleeps starts is unknown, some of their characteristics have been reported. "One interesting fact is that they are essentially confined to the first pass into sleep, and do not occur upon returning to sleep – for instance after a phone call or trip to the bathroom," says Mahowald. However, the cause of sleep starts, he tells me, is completely unknown. "Therefore, it would be difficult to assign any evolutionary advantage."

Q When a bird takes flight, does it know where it's going? asks JChap30746

A "On the whole I would say that the answer to the question is yes," says professor Tim Guilford, from the University of Oxford. "Of course, birds do sometimes head out and search for resources (food, mates, shelter etc) without a definite plan about exactly where these will be found, but generally even then they will be using memory of where the best places are, and when they return they will know how to get there." Migration, Guilford says, also uses interesting mechanisms. "First-time migrants (a garden warbler or a black cap, for example) will have an instinctive motivation to fly in a particular compass direction, and for a rough number of days, which will take them to the approximate place that is good to spend the winter," he tells me. "This works without memory because their successful ancestors passed on to them a genetic tendency to fly in this direction. Other birds (storks for example) appear to follow their parents or others in the group on migration and learn the route that way."

Q What is the purpose of aerial roots on trees? There's a beautiful ficus growing near my home; it had a forest of aerial roots but the council had them all cut down last year. The tree seems none the worse for it, writes Wonderwife

A "There are many functions for aerial roots," says professor Nina Bassuk, of the Urban Horticulture Institute at Cornell University. "Some, as with fig trees, can grow from axillary branches and take up water and perhaps nutrients from humid air and fog. When they reach the ground, these roots take up water and nutrients as do more normal roots." However, a cutback by the council is unlikely to do much harm. As Bassuk explains: "These plants also have a normal-looking trunk, so removing aerial roots is not a death sentence. Other figs germinate in the branches of another tree and grow roots down to the ground. Both trees may live for many years together. These are sometimes called strangler figs."

In other trees, aerial roots can serve different purposes. "Some aerial roots are called prop roots and they help stabilise the tree in a marshy area like a mangrove swamp. Many aerial roots also help the plant to move air to the entire tree. These aerial roots are found particularly in swamps where oxygen is severely limited in the water – the so called "knees" of bald cypress trees are roots that do this," says Bassuk.

However, trees aren't the only plants that make use of such roots – aerial roots are also found on English or Boston ivies, where they support vines as they climb up walls while others form handy appendages for plants growing from existing greenery. "The common spider plant produces small plants, complete with aerial roots, that can be removed and planted to produce new plants," says Bassuk.

Q If I make a drink of milky coffee in a mug, stir it and then tap the side of the mug, the pitch of the taps gets lower as I tap. Why is this? asks Paul Stevenson

A This interesting phenomenon, dubbed the "hot chocolate effect", was described in detail by Frank S Crawford in the 1980s, although others have also mused on it, including Sir William Bragg, who observed it in a glass of foam-topped beer. When you stir hot chocolate or instant coffee into hot water, gases may be released from within the powder while the granules themselves can act as nucleation sites for gases dissolved in the water. As a result, bubbles form. These bubbles don't have an appreciable impact on the density (or mass) of the fluid, but they do increase its compressibility – in other words they reduce the "stiffness" of the fluid (comparable to a decrease in the spring constant, k, that determines the frequency of vibration of a mass on a spring).

This increased "squashiness" reduces the speed of sound waves travelling through the fluid, hence the frequency of those waves decreases and their perceived pitch is lowered (the wavelengths of these sound waves depend on parameters relating to the container and the height of the fluid – factors that are, basically, constant). If you keep tapping, the sound eventually returns to a higher pitch as the bubbles in the liquid clear. Crawford's experiments were based on tapping the bottom of the glass as it simplified the model, but the same principles will apply wherever you tap. The effect can also be heard by inducing bubbles in other ways, for example by popping an effervescent tablet into a glass of cold water. Dr Hugh Hunt, from the University of Cambridge, has some nice audio clips of this effect here.

["Image of color atoms and electrons. Physics concept" on Shutterstock]