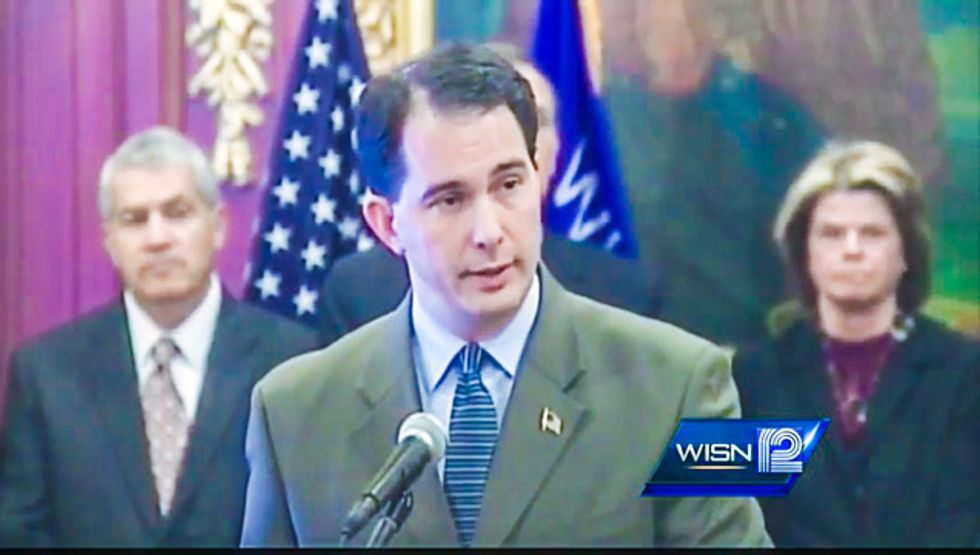 A Wisconsin insurance executive and Republican donor was charged with voting illegally more than a dozen times in four elections.

The Journal-Sentinel reported that 50-year-old Robert Monroe was caught as a result of an investigation into a possible illegal voting by his son in Waukesha County. But after his son denied requesting an absentee ballot from his father's address in Shorewood, suspicion turned to Monroe.

A complaint claimed that Monroe voted five times in Gov. Scott Walker's (R) recalled election. He also was accused of voting illegally in a 2011 Wisconsin Supreme Court election, a 2012 primary, and the 2012 presidential election.

Although the complaint did not state who Monroe voted for, WISN determined that he had donated money to Republican state Sen. Alberta Darling.

Prosecutors used Monroe's cell phone records to prove that he traveled all the way to Indiana to cast a second vote in the 2012 presidential election. Prosecutors also tested some of the ballots for genetic material, and only found DNA belonging to Monroe.

In May of 2012, prosecutors said that Monroe begged his ex-wife, sons and brother to register to vote in a text message.

"You must go to city hall and register to vote," the message said. "Every vote will be needed!... Please please please."

According to the complaint, Monroe worked as an executive in the health care industry. His LinkedIn page indicated that he was an insurance executive, who said he loved "the thrill of the hunt, leading teams and developing new business."

For his part, Monroe insisted to investigators that he did not remember voting in the elections because he takes drugs for Attention Deficit and Obsessive Compulsive disorders.

Monroe faces 13 felony election fraud charges in all, including voting more than once, voting as a disqualified person, registering in more than one place, and providing false information to election officials. He could spend up to 18 months in prison, and pay a $10,000 fine for each charge.

His next court date was set for July 17.