700 million women were married as children, with one-in-three before their 15th birthday 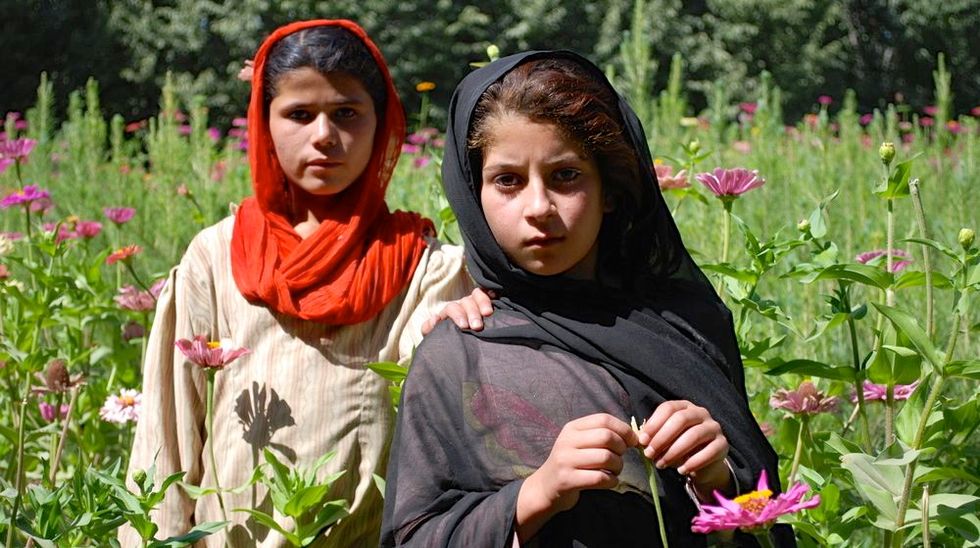 More than 700 million women worldwide were married as children, with one in three of them married before their 15th birthday, according to a global prevalence study.

As activists, politicians and campaigners gather for the first Girl Summit on child marriage and female genital mutilation (FGM), a report by Unicef, the UN's children's agency, reveal the devastating situation of millions of women.

The study, the first of its kind, also reveals that more than 130 million girls and women have experienced some form of FGM, and states that urgent efforts are needed to tackle gender inequality or the number will not reduce. If the current decline in FGM continues at the same rate, more than 63 million more girls could be cut by 2050.

About a third of child brides live in India, according to Unicef. If nothing more is done to end the practice, the number of married girls could increase to more than 1 billion by 2050. Population estimates suggest the number could leap from 700 million to 950 million by 2030 and 1.2 billion by 2050. At least 280 million girls are at risk of becoming brides by the time they turn 18.

The Girl Summit, hosted by the UK government and Unicef, will attempt to mobilise international efforts to end FGM and child marriage within a generation. David Cameron, the prime minister, will warn parents that they will be prosecuted if they fail to prevent their daughter being cut, and that all victims of female genital mutilation will be given lifelong anonymity.

"All girls have the right to live free from violence and coercion, without being forced into marriage or the lifelong physical and psychological effects of female genital mutilation," Cameron will say. "Abhorrent practices like these, no matter how deeply rooted in societies, violate the rights of girls and women across the world, including here in the UK."

The prevalence of child marriage has fallen slightly over the past 30 years, but a global population boom in countries where the practices are common means just as many girls are being pushed into harmful situations.

World leaders and campaigners must step up efforts to break the cycle of oppression, said Unicef's executive director, Anthony Lake. "Let's not forget that these numbers represent real lives. While these are problems of a global scale, the solutions must be local, driven by communities, families and girls themselves to change mindsets and break the cycles that perpetuate FGM/C and child marriage," he said. "We can't let the staggering numbers numb us – they must compel us to act."

Jaha Dukureh, a 24-year-old mother of three who leads the Guardian's campaign against FGM in the US, was subjected to the most severe form of FGM as a child in the Gambia before being forced into an arranged marriage at 15.

"When I met my husband I wasn't ready to get married; it wasn't something that I wanted. I was very, very scared, I was angry, I was sad," she said. After flying alone to the US the teenager had to have surgery so that her husband could have sex with her. She was told she had to have sexual intercourse that same day.

"When I had to be reopened, and this happened in America, it was like I went through FGM all over again," she said. "When I talk about FGM, it's not about me, it's about the little girls out there. I have a daughter. And I know what this has done to me, and I don't want it to happen to her."

Despite fears that millions more women will have FGM for cultural reasons, there has been significant progress around the issue, with a shift in attitudes beginning to take hold, according to the report.

Overall, the chance that a girl will be cut today is about a third lower than it was over the past 30 or so years. Rates in Kenya and Tanzania have dropped to a third of their levels three decades ago, mainly because of a combination of community activism and legislation. In the Central African Republic, Iraq, Liberia and Nigeria, prevalence has dropped by up to half.

FGM, which is carried out on girls in 29 countries in Africa and the Middle East, involves the removal of external genitalia. Some victims have the clitoris and labia removed before they are sewn up, leaving only a small hole for menstruation and urine. The cultural practice, designed to ensure girls' virginity, can lead to excessive bleeding, infection, infertility and death.

Girls who marry under 18 are less likely to remain in school, and more likely to suffer domestic violence and die from complications during pregnancy and childbirth.