US diplomat: Israeli attacks on John Kerry 'offensive and absurd' 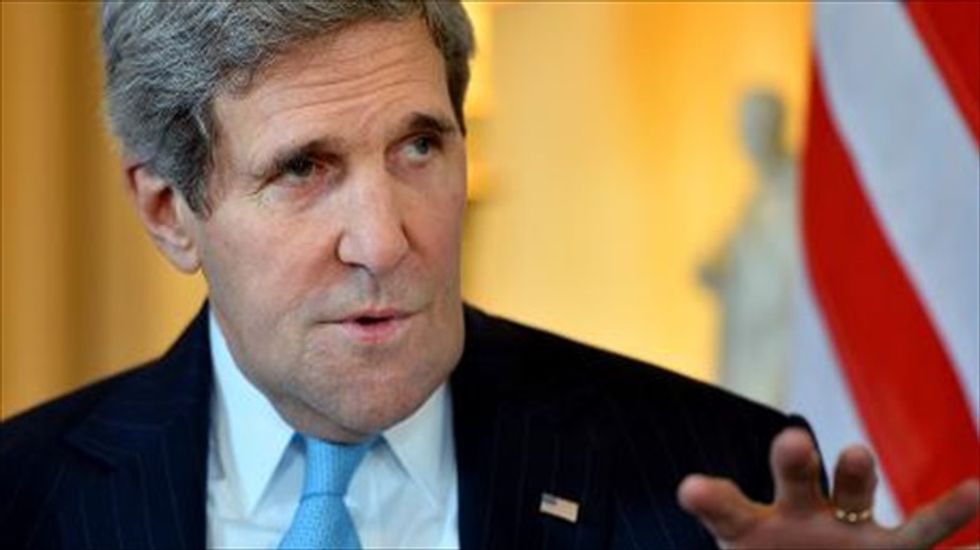 Israeli attacks against US Secretary of State John Kerry accusing him being of a supporter of Islamic militants are "offensive and absurd," a senior US diplomat said Wednesday.

In a sharp exchange with reporters, deputy State Department spokeswoman Marie Harf hit out against a torrent of abuse from "respected voices in Israel talking about the secretary of state, claiming that he supports Hamas, which is offensive and absurd."

The United States had been giving Israel "a level of support which has been quite frankly unprecedented in our history, even when we stood alone," she added.

After last week's failed bid to mediate a ceasefire in the Gaza Strip, Kerry has been pilloried in the Israeli press for submitting a plan on Friday to the Israeli government, which the security cabinet unanimously rejected.

"He's a friend of Israel, but with friends like these, sometimes it's better to negotiate with your enemies," said Nahum Barnea, writing in the top-selling Yediot Aharonot.

The secretary of state has also been described in the press as a "bull in a china shop," and an "amateur who thinks he can solve the world's problems with his presence alone."

Harf hit back that saying "that kind of criticism coming from any ally, certainly Israel, just really has no place in this discussion."

"The hours all of us have spent with the secretary in Jerusalem, trying to get Middle East peace, trying to protect Israel's security, I think that's why it's so disappointing," Harf added.