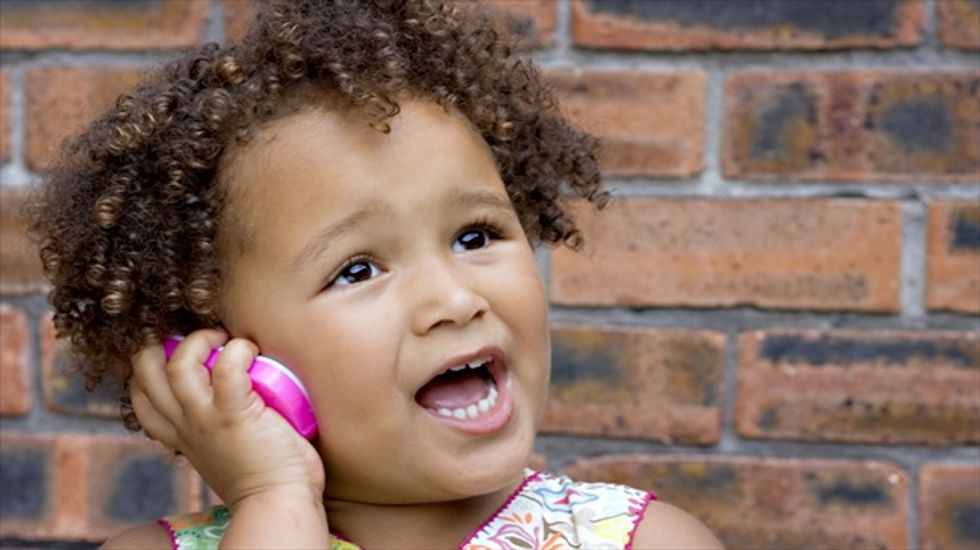 Children, growing up with YouTube, Netflix and Spotify, learning to use smartphones or tablets before they are able to talk

They may not know who Steve Jobs was or even how to tie their own shoelaces, but the average six-year-old child understands more about digital technology than a 45-year-old adult, according to an authoritative new report published on Thursday.

The advent of broadband in the year 2000 has created a generation of digital natives, the communication watchdog Ofcom says in its annual study of British consumers. Born in the new millennium, these children have never known the dark ages of dial up internet, and the youngest are learning how to operate smartphones or tablets before they are able to talk.

"These younger people are shaping communications," said Jane Rumble, Ofcom's media research head. "As a result of growing up in the digital age, they are developing fundamentally different communication habits from older generations, even compared to what we call the early adopters, the 16-to-24 age group."

Ofcom devised a "digital quotient", or DQ test to put 800 children and 2000 adults through their paces, which rather than measuring intelligence attempts to gauge awareness and self confidence around gadgets from tablets to smart watches, knowledge of superfast internet, 4G mobile phone networks and mobile apps.

Among six to seven year olds, who have grown up with YouTube, Spotify music streaming and the BBC iPlayer, the average DQ (digital quotient) score was 98, higher than for those aged between 45 and 49, who scored an average of 96. Digital understanding peaks between 14- and 15-years-old, with a DQ of 113 – and then drops gradually throughout adulthood, before falling rapidly in old age.

The nation is now being invited to test its digital knowledge with an abbreviated version of the questionnaire that will give any member of the public a DQ score, along with advice on how to improve their understanding and protect themselves and their families online.

While half of all adults claimed to know a lot about smartphone and tablet apps, nearly half had never heard of Snapchat, the picture messaging service launched in 2011. The smart glasses being developed by Google, and the smart watch Apple is expected to launch before the end of the year, are also something of a mystery to older technology users, with nearly half of all adults unaware of these devices.

More than half of children aged 6-15 claim to use and know a lot about smartphone and tablet apps, with only 3% having never heard of them. Snapchat is particularly popular, with 18% of children claiming to have used the app and a further 11% knowing a lot about it.

The ways in which millennial children contact each other and consume entertainment are so different from previous generations, forecasters now consider their preferences a better indication of the future than those of trend setting young adults.

The most remarkable change is in time spent talking by phone. Two decades ago, teenagers devoted their evenings to monopolising the home telephone line, dissecting love affairs and friendships in conversations that lasted for hours.

For those aged 12 to 15, phone calls account for just 3% of time spent communicating through any device. For all adults, this rises to 20%, and for young adults it is still three times as high at 9%. Today's children do the majority of their remote socialising by sending written messages or through shared photographs and videos. "The millennium generation is losing its voice," Ofcom claims.

Over 90% of their device time is message based, chatting on social networks like Facebook, or sending instant messages through services like WhatsApp, or even firing off traditional mobile phone text messages. Just 2% of children's time use is spent emailing – compared to 33% for adults. But 10% of children's device time is spent sending video and photo messages, sharing or commenting on photos via services like Snapchat, or circulating 15 second videos over Instagram's sister app Vine.

Away from their phones, 12- to 15-year-olds have a very different relationship with other media too. A digital seven day diary shows live television accounts for just half of viewing for this age group, compared to nearly 70% for all adults. They spend 20% of their time viewing short video clips, for example on Youtube, or news clips distributed via Facebook and other social sites. The rest of their viewing is shared between DVDs, streamed content through Netflix or iTunes, or recorded television programmes.

Young adults aged 16 to 24 are voracious consumers of almost all media, devoting 14 hours and seven minutes a day to communications, if the time spent multi-tasking, for example texting while watching TV, is added up. However, live radio and print based media have all but disappeared from their daily diet.

Even among adults, television is becoming less important. The number of hours spent in front of the box fell for the first time since a new measurement system was introduced in 2009, from 4 hours and two minutes in 2010 and 2011 to 3 hours and 52 minutes in 2013. Had it not been for the London Olympics in 2012, television viewing would have fallen during that year as well.

"The jury is still out on whether it's a one off blip or the start of a new trend," said James Thickett, research director at Ofcom. "But younger people are moving away from live television and moving to streaming and catch up services."

Television viewing among 16 to 24 year olds has been dipping each year since 2010, but 2013 was the first year where researchers found viewing fell across all age groups. The theory is that tablet computers – among the most popular Christmas presents in the last two years – have brought many older people online for longer. With large screens and simple, touch based interfaces, tablets are being credited with a jump in internet access among the over 65s.

"For years there has been a very stubborn resistance by the over 65s to accessing the internet," said Thickett. "In the last three years we have seen that change and we think that's down to tablets."

Britain is embracing internet enabled devices across the generations, to the extent that the balance between sleep and screen based activities has now tipped. The typical adult spends eight hours and 41 minutes each day communicating or consuming media, including old fashioned books and newspapers, and just eight hours and 21 minutes asleep.

The scales are likely to tip further. With sleep monitoring sensors linked to smartphone apps heralded as one of the next big technology trends, the nation may soon remain plugged in all night.