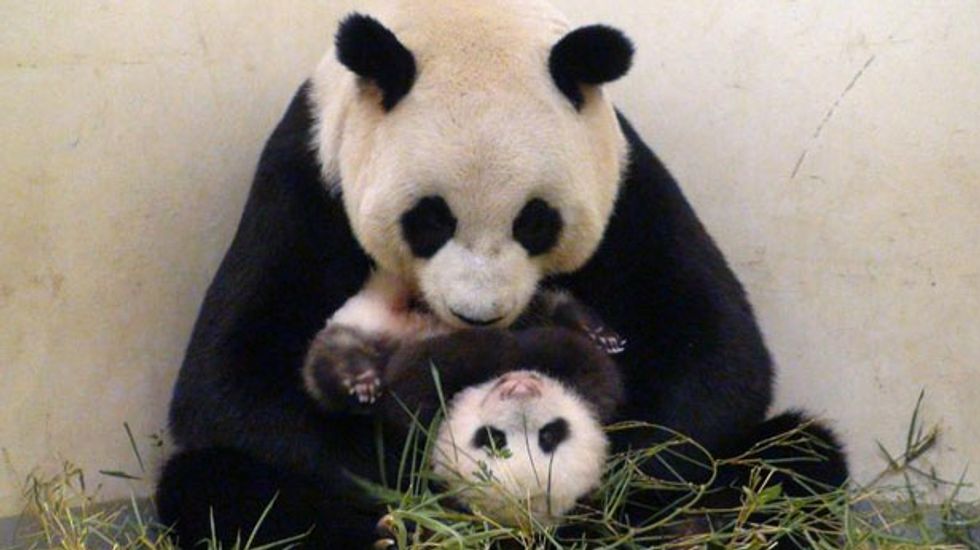 Claims that a six-year-old panda faked signs of pregnancy in order to receive better treatment from her conservation centre carers have been debunked by one of China's leading panda experts.

China's state newswire Xinhua reported on Tuesday that Ai Hin may have deliberately demonstrated tell-tale signs of panda pregnancy, including "reduced appetite, less mobility and a surge in progestational hormone".

Pandas that staff believe to be expecting are given a single, air-conditioned room, as well as more buns, fruit and bamboo than non-pregnant pandas. "So some clever pandas have used this to their advantage to improve their quality of life," Wu Kongju, an expert at the Chengdu research base of giant panda breeding, told Xinhua.

Yet Zhang Heming, director of the China research and conservation centre for the giant panda told the Guardian that Ai Hin's behaviour was probably more of a hormonal issue than a deliberate ruse. "This phenomenon occurs in 10 to 20% of pandas," he said. "After the mother panda is inseminated, if her health isn't so good, the pregnancy will terminate, but she'll still behave as if she's pregnant."

He continued: "This phenomenon also happens to wild pandas, if they don't have enough bamboo to eat."

The giant panda is one of the most endangered species on earth – about 1,600 live in the wild, mostly in the mountains of southwest China, according to Xinhua. About 300 live in captivity, and they're notoriously bad at breeding – only about 24% of captive females give birth.

Pandas ovulate only once a year, and remain fertile for at most 36 hours. Determining pregnancy is complicated because of the size of the foetus – a typical newborn panda is only 1/900th the size of its mother.