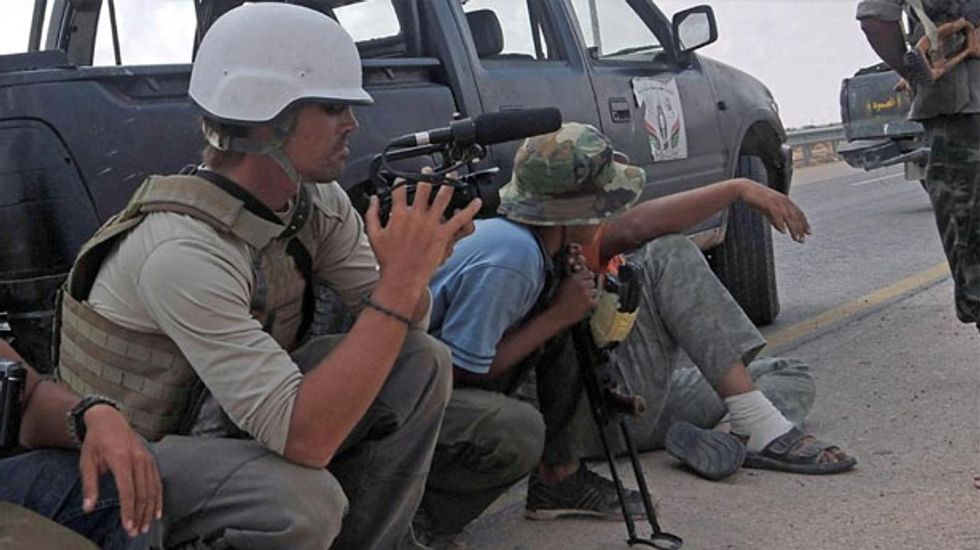 Cameron returns to Cornwall after chairing Cobra meeting following release of video of beheading, apparently by a Briton

David Cameron has resumed his holiday in Cornwall after returning to Downing Street on Wednesday to chair a meeting of the government's Cobra committee in response to the beheading of the US journalist James Foley, apparently by a UK citizen.

Downing Street said the prime minister would remain in touch with officials and would continue to make calls to world leaders as British intelligence officials seek to identify the Islamic State fighter who killed the journalist.

Sources have told the Guardian that the English-speaking jihadist, who spoke with a London accent and was known as John, is believed to be the leader of a group of British fighters who have been holding foreign hostages in the Syrian city of Raqqa, a stronghold of Islamic State (Isis) rebels.

Government sources suggested after the Cobra meeting that the prime minister, who watched the video of the beheading, did not see a need for any changes in the law. But there will be a strong focus on up to 250 UK citizens who are believed to have returned from Syria after fighting for Isis. It is estimated that between 400-500 British fighters remain in Syria and Iraq.

Government sources said the power to revoke passports, designed to stop people from travelling abroad, has been used on only 23 occasions this year. Citizenship has been revoked on seven occasions.

One source said: "Overall, this is going to require a tough, patient, resolute response. It is going to take time. The measures we have got have enabled us to do things."

But the challenge for the government in formulating the threat of British jihadis was highlighted when Lady Neville-Jones suggested that one of the main tasks for the government was to fund groups that could challenge Isis on social media. Neville-Jones told the Today programme on BBC Radio 4 of a need to find means of "communicating with these young people who are tempted to go, in language and in ways which they are going to respond to".

The former security and counter-terrorism minister said: "We have to use the social media as a means of counter-messaging. That is something government can't directly do. But it can fund those who can do it. It does need to be done. There is work going on in voluntary bodies of a pilot kind which I think is very promising. That needs to be forwarded and accelerated to a much greater degree. We have to get much more proficient in how we discourage people from going."

Neville-Jones also said that the UK needed to work with Turkey in preventing Britons from travelling through Turkey. "There is a huge task to be done by way of staunching the flow of people. There are various things the government can do, particularly in cooperation with the Turkish government, to disrupt the flow of people there and prevent them getting over the border. That has become an extremely urgent task. I am sure efforts are being made in that direction and they have to become more effective."