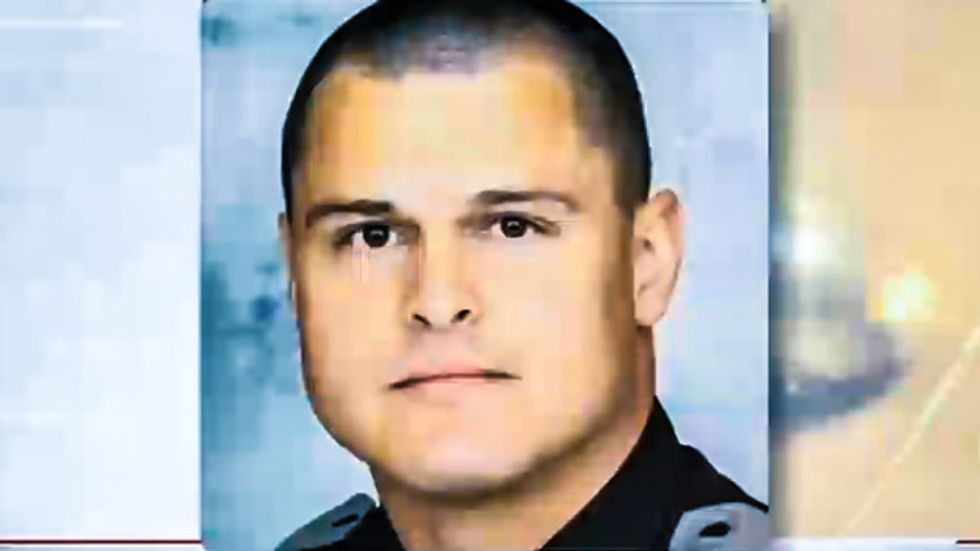 The Oklahoma Highway Patrol has opened an investigation into one of their own troopers over allegations that he raped a woman during a traffic stop.

According to a lawsuit obtained by Tulsa World, the victim, who was only identified with initials, was driving with a female friend near Tulsa on July 22 when she was spotted by Trooper Eric Roberts.

The lawsuit said that Roberts "made eye contact," and turned his cruiser around to initiate a traffic stop. Although the woman said she had not violated any laws, Roberts claimed that he could smell marijuana.

"You just made my day," the trooper reportedly said, and directed the woman to come behind his car where he began asking inappropriate sexual questions. When Roberts asked the woman how she satisfied herself sexually, she "began to fear for her safety," the lawsuit said.

Roberts asked her if she had a phone with Internet access, and then told her that her friend should get a hotel room without her. The woman said that she complied "out of fear."

The woman was instructed to go to a nearby convenience store, and purchase two bottles of water. She was then told to park her vehicle and get in his cruiser.

Roberts forced the woman to "take off her bottoms, underwear and squat down in the seat," the lawsuit asserted. "While squatting in the seat, naked from the waste [SIC] down, [the woman] began to wander [SIC] if she was going to die."

Once Roberts reached a secluded location that he seemed to know, the woman said that he came around to the passenger side of the car, began undressing, and told her to face the back of the patrol car.

When he had finished raping her, the woman said that he poured one of the bottles of water on his "groin area," and used a blue towel that smelled "medicated" to clean himself.

Roberts then drove the woman back to her vehicle, smirked, and said, "I'll see you later," the woman recalled in the lawsuit.

One of the woman's friends later contacted a local media outlet about the rape, and she was given the number for the Oklahoma Highway Patrol, which initiated an investigation. The woman said that she believed that investigators recovered a condom Roberts used while raping her.

The lawsuit accuses Roberts of violating the woman's Fourth Amendment right against unreasonable searches, unlawful use of force, violations of the Equal Protection Clause of U.S. Constitution, and forcing the woman into involuntary servitude.

Capt. George Brown confirmed to Tulsa World that Roberts had been suspended from the force with pay on July 24.

“When this complaint was received against Trooper Eric Roberts, I ordered an immediate investigation into the matter,” a written statement from Chief of Patrol Colonel Ricky Adams said. “I expect the completion of this investigation very soon. These allegations are especially disturbing and must be properly investigated. Any type of conduct of the nature alleged will not be tolerated.”

No charges had been filed against Roberts at the time of publication.