WATCH: Florida man says cops beat him for not rolling down window all the way 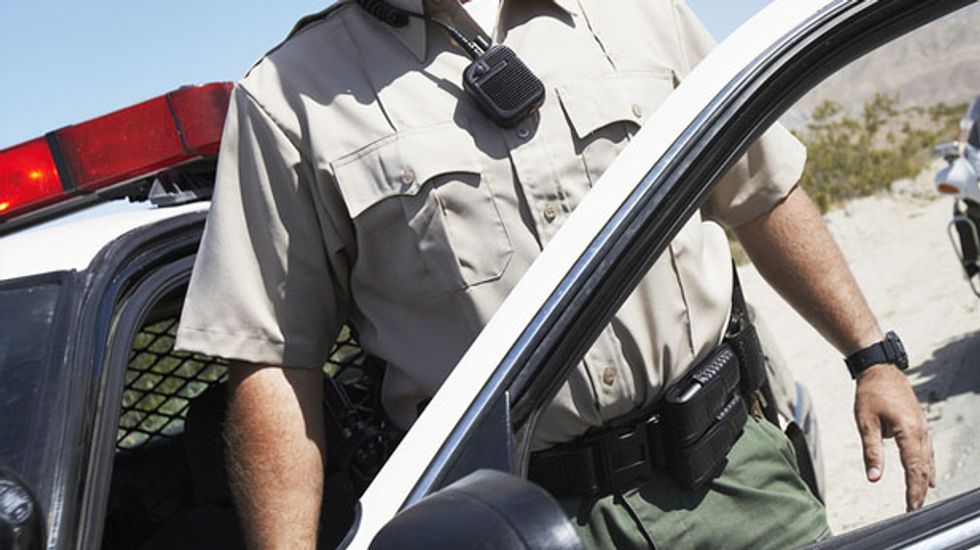 A Florida man said this week that he is still trying to recover after police beat him during an argument that started when he refused to roll down his car window all the way.

A video published to YouTube on Sunday shows Curtis Shannon being pulled over by a St. Petersburg police officer on Dec. 26, 2013 for driving in an "erratic manner." As the video begins, Shannon explains that he asked the officer why he had been stopped, and the officer replied, "Because I wanted to, now step out of the vehicle!"

The officer asks for a license and registration, and Shannon offers it through a three-inch opening in the window. The officer, however, refuses to recognize that the documents are being offered, and threatens to break the window.

"My name is Cpl. Shannon, USMC," Shannon says. "You can have my license and registration."

"I need to see you," the officer responds. "I need you to get out of this car, that's what I need you to do."

When Shannon asks why he is being asked to leave his vehicle, the officer says, "Because I asked you to."

"That's not a good reason," Shannon points out. "You pulled me over a half a block from my house, I've cooperated fully so far."

"I've already heard enough about SPPD around here," Shannon adds. "I'm not going to step out of this car so you can beat the hell out of me."

"So, I can do what to you!" the officer exclaims, threatening multiple times to "bust" the car window.

Eventually other officers arrive, and Shannon does step out of the car because they promise he will not be harmed.

"I took his word for it (silly me), grabbed my phone (now a camcorder) so I could continue recording from outside the car and openned the car door," Shannon wrote on GoFundMe. "I let go of the frame of my car and accepted my fate. I was getting beat up tonight, there's no denying that. The officer then slammed me onto the ground, making sure that my head made full contact with the curb on the way down."

Shannon said that he realized that the officer had placed him between two parked cars where they could not be seen by witnesses while he was elbowed and kneed.

"YOU'RE PINNING MY ARM TO THE GROUND!! QUIT PUNCHING ME!!" he recalled shouting before officer decided that "playtime is over."

Shannon said that he spent the night in jail, and then went to Veterans Hospital next day to be treated for scrapes and bruises.

In a police report provided by Shannon, the officer -- whose name had been withheld -- claimed that "Shannon then exited the car and charged towards me."

"I then pushed Shannon away from me and advised him 'to stop resisting'. Shannon then attempted to charge towards me again and I escorting Shannon to a [sic] the ground using an armbar takedown maneuver," the police report stated.

He said that he decided to create a GoFundMe campaign to "help my family recover." At the time of publication, he had raised $60 of his $5,000 goal.

"For 8 months, I have been scraping by making sure we don't miss any bills or rent payments," Shannon explained. "I was hesitant to set this page up because I'm not one to ask for help, not even from family. They've done all they can and now I come to you, the people. Help me get my family back on our feet."

"Whatever you can give will be greatly appreciated and will be used to catch up on our bills and any future lawyer fees I may have to pay."

Because of the legal fees and the possibility of a criminal record, Shannon has considered participating in a pre-trial intervention program. The program would allow the case to be dismissed, but would also mean that he could not sue the police department.

(h/t: Photography Is Not A Crime)