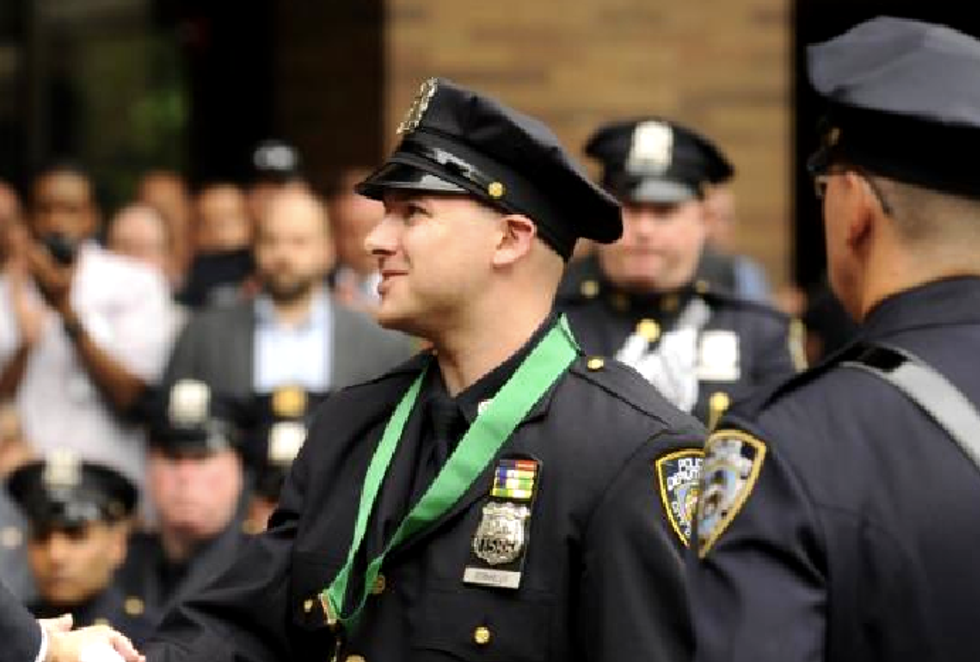 A Bronx police officer plead innocent on Monday to charges that he broke into a 30-year-old woman's apartment in June, appearing by her bed in his underwear and saying, "Sometimes I'm a good guy, but sometimes I'm a bad guy" before dragging her from the bed and beating her.

According to the New York Daily News, Officer Eugene Donnelly attacked the woman mere hours after an awards ceremony celebrating his bravery in the line of duty.

On June 10, Donnelly, 27, was awarded the Police Combat Cross, the second highest honor that can be bestowed upon an officer of the NYPD. In 2012, the officer successfully disarmed and arrested a suspect who was shooting at him.

However, Donnelly got intoxicated during the celebration and a friend offered to let the officer sleep at his residence for the night. Sometime before dawn on June 11, Donnelly got up and broke into the apartment of a neighbor -- a woman who he did not know -- and attacked her.

He appeared at the unnamed woman's bedside in his underwear and told her, "Sometimes I'm a good guy, but sometimes I'm a bad guy."

Bronx District Attorney Robert Johnson said in court that Donnelly then dragged the woman from her bed and “pummeled her about the head.”

After the assault, the officer stopped at the woman's refrigerator to guzzle a carton of milk.

The woman immediately reported the assault. Police posted a surveillance photo of a bare-chested Donnelly that was taken by the apartment complex's cameras.

Donnelly was recognized by a colleague from the posters. He was arrested shortly thereafter and suspended from his job in the 46th precinct of the Bronx.

The officer was hit with only misdemeanor charges of assault, criminal trespass and criminal mischief. If convicted, he could serve up to a year in jail.

His next court appearance is set for Dec. 10.