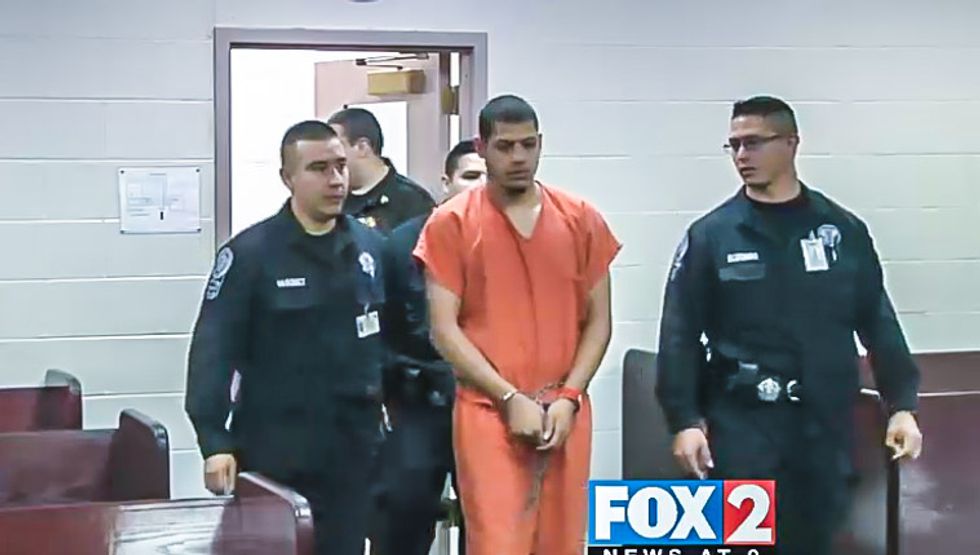 A Texas man was charged with first-degree manslaughter after he reportedly shot his girlfriend in the face while cleaning his gun.

Sullivan City Police responded to reports of a shooting on Friday, and found 27-year-old Federico Cantu dragging his girlfriend, 25-year-old Viridiana Hernandez, out of their home, according to The Monitor.

Hernandez was pronounced dead after being transported to a local hospital.

“Investigators were able to interview officers that responded to the scene where they found the victim with a gunshot wound to the face she was transported to the hospital and was later pronounced dead,” Hidalgo County spokesperson J.P Rodriguez told KFXV.

Rodriguez said that "Cantu initially made statements to the police officers that he was cleaning his firearm and that it accidentally discharged."

However, Cantu stopped cooperating with law enforcement after Sullivan City investigators handed the case over to the Hidalgo County Sheriff's Office.

"We have had limited cooperation from Mr. Cantu," Rodriguez explained. "Based on the results of the autopsy, based on evidence that was at the scene... We've established enough probable cause to charge him with recklessly causing her death."

A handgun, narcotics and money were recovered from the location where Hernandez was shot, Rodriguez said.

Cantu's attorney insisted that the shooting was an accident, and that his client had no criminal record.

“My client and his girlfriend were at his home when an accident occurred that she was struck by a bullet from a gun he fired the weapon was fired accidentally, it was an accident nothing more,” attorney Carlos Garcia remarked.

KFXV reported that Cantu was the son of a local city manager. He was being held in jail in lieu of $500,000 bond.