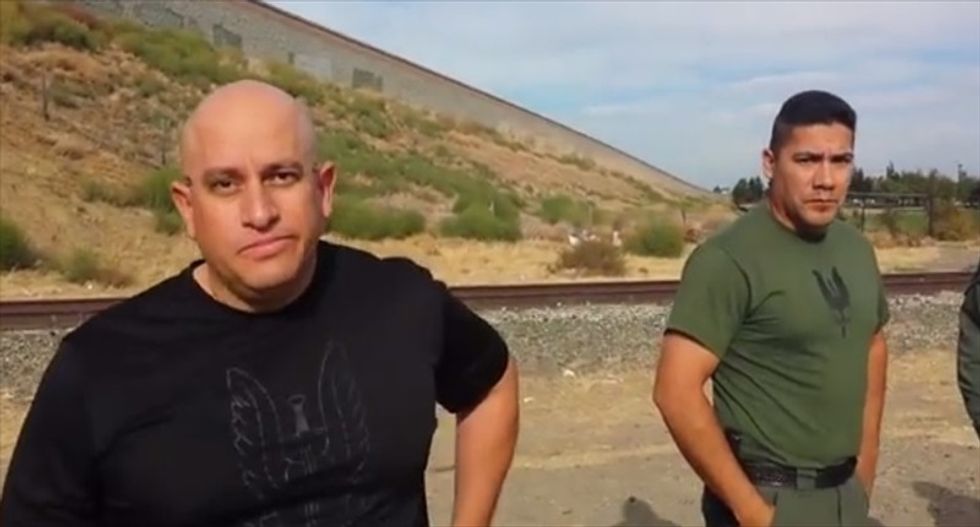 A Tracy, California man captured his harassment at the hands of two members of his local police department's SWAT team for filming them in a public space, the Free Thought Project reported.

"I'm not doing anything illegal, am I?" the cameraman, who identified himself as Troy Stevenson, asks one of the officers.

"You might be," says the officer, who later identifies himself as Sisneros.

"What's that?" Stevenson asks, at which point Ramirez tries to take his phone, causing the video to stop.

Sisneros tells Stevenson that, because he was filming a training exercise, officers wanted to know his name and "what he was doing."

Another officer, who identifies himself as Ramirez, enters the conversation and repeatedly asks Stevenson for his identification.

"I don't believe I'm committing any crime filming the police, or being in public," Stevenson argues.

"When you have a knife like this, concealed, it is considered a weapon," Ramirez replies. Stevenson notes that the officer had seen the closed pocket knife on his hip and that he voluntarily let the officer take it.

Ramirez then attempts to pat Stevenson down, causing Sisneros to go after the man's phone again. The video resumes with Stevenson saying his wallet, which fell to the ground during the second interruption, is gone. Ramirez initially says, "We'll find it," before confirming that his fellow officer took it.

"Your partner stole my wallet off the ground, and is now taking my ID out of it," Stevenson says.

"He didn't take no wallet," Ramirez responds. "What is your purpose for filming this?"

"Because of stuff like this," Stevenson answers. "You guys doing illegal searches and committing crimes."

After confirming his identity, the officers return the knife and wallet to Stevenson.

"Enjoy your safety," Ramirez tells him.

As the Free Thought Project noted, Stevenson was within his rights to carry the knife closed and on his hip, according to state law.

Stevenson said in his post accompanying the video that the officers' training raid took place at a home near his childhood residence.

"Our landlord from when we lived there owned and lived in the house that was being raided.I dont know if he still does or not, but he was a friend of my Aunts," he stated. "So I had a particular interest to film what was going on."

Watch the confrontation, as posted online on Tuesday, below.