WATCH: Florida officer Tasers 62-year-old black woman in the back as she walks away 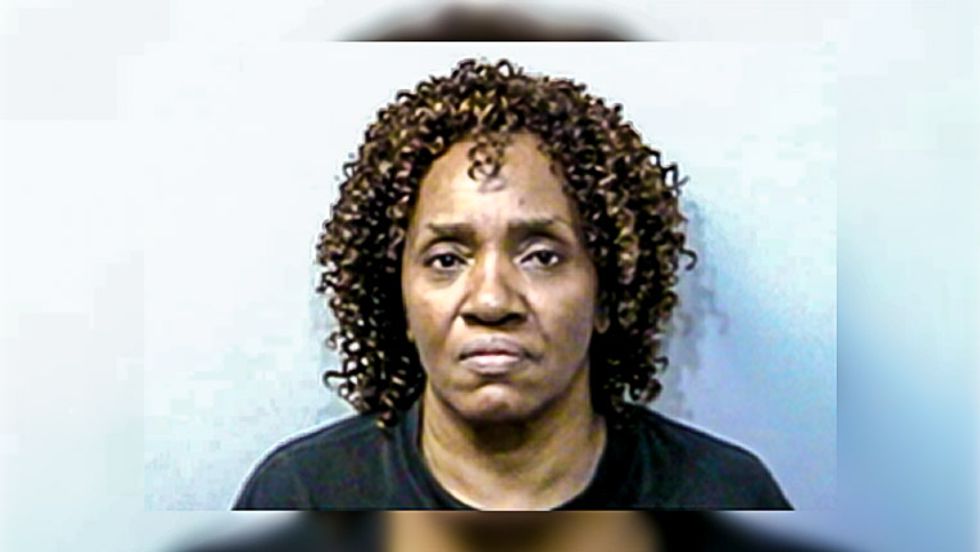 A Florida police officer has place been on paid administrative leave after cell phone video showed him using a Taser to stun a 62-year-old African-American woman in the back as she was walking away.

In a press conference held at 3:15 a.m. on Wednesday, Tallahassee Police Chief Michael DeLeo announced that Officer Terry Mahan had been placed on leave pending the outcome of an internal investigation, according to the Tallahassee Democrat.

Police said that officers were responding to reports of drug dealing in a neighborhood on Tuesday afternoon. Cell phone video provided to police by a neighbor shows officers placing three suspects in the patrol cars, and repeatedly warning them about walking in the street.

Viola Young, 62, approaches Officer Mahan to ask about one of the men who was being detained. Mahan advises her to stay back, and tries to grab her arm. After she turns and walks away, the officer pulls out his Taser and fires it into her back.

Young falls face down onto the pavement.

She was taken into custody on charges of resisting an officer without violence. Young was released on Wednesday.

"Based on the video, I have enough concerns to call for an internal investigation and have Officer Mahan put on administrative leave pending the outcome of the investigation," DeLeo told reporters. "We will conduct a thorough investigation into this incident. We want to be transparent with the community by sharing what we can at this point."

"The investigation will determine if the officer's actions were legal and if those actions were consistent with the expectations I have set for our officers in terms of how we respect and treat our citizens," he added.

"I am asking you to strongly consider filing charges directly if you and your top investigators conclude that this incident was unjustified and there is probable cause and reasonable likelihood of a successful prosecution under one or more Florida laws," Hobbs wrote.

Watch the video below provided by the Tallahassee Police Department.