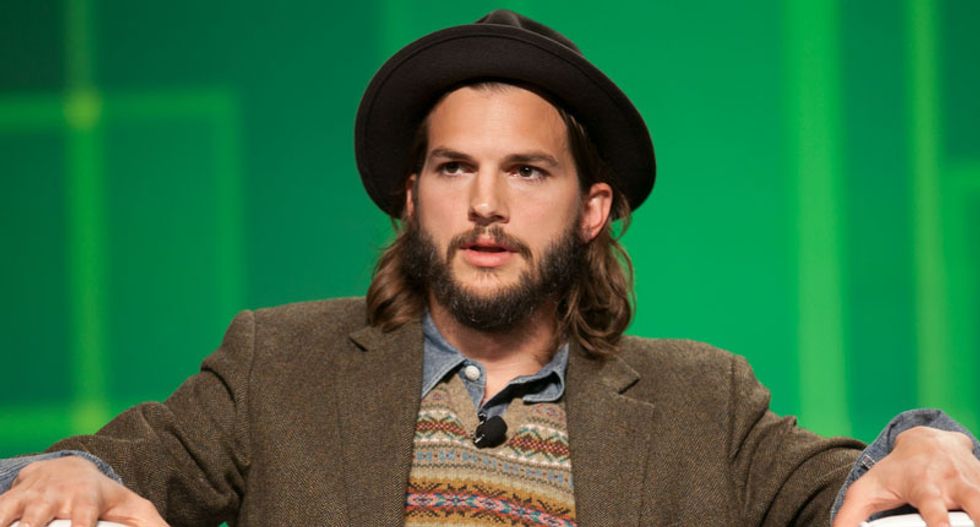 As an investor in Uber, it’s no surprise that Ashton Kutcher is unhappy with some of the coverage of the company in recent days. But a series of tweets he posted this afternoon are likely to fuel more controversy.

Uber has been under fire after BuzzFeed reported on comments made by its senior vice president of business Emil Michael at an event.

Michael suggested that his company would be prepared to spend up to $1m on investigating the personal lives of journalists who criticised the company, with specific reference to Sarah Lacy, co-founder of tech news site PandoDaily.

“What is so wrong about digging up dirt on shady journalist?” asked Kutcher in the first of a series of tweets addressing the controversy today.

“I believe we live in a day were the first word has become ‘the word’. Rumors span the globe before anyone has an opportunity to defend them selves. Everyone is guilty and then tasked to defend themselves publicly. Questioning the source needs to happen... Always! So as long as journalist are interested and willing to print half truths as facts... Yes we should question the source.”

Kutcher went on to stress that he was speaking his own views rather than on behalf of Uber, before commenting on the likely response. “This should be fun... Here comes the part where journalist explain why they should be exempt from ridicule and judgement and probing...”

Yep, here it comes. First, what makes Lacy “shady”? She has been a prominent critic of Uber, including an opinion piece in October titled The horrific trickle down of Asshole culture: Why I’ve just deleted Uber from my phone , about a sexist advert launched by the company’s French office.

If criticising a company’s business practices and corporate culture is shady... well, I don’t know what word is best used to describe responding to that criticism with threats to investigate the writer’s family and personal life. A reminder of Michael’s comments:

Over dinner, he outlined the notion of spending “a million dollars” to hire four top opposition researchers and four journalists. That team could, he said, help Uber fight back against the press — they’d look into “your personal lives, your families,” and give the media a taste of its own medicine...

At the dinner, Michael expressed outrage at Lacy’s column and said that women are far more likely to get assaulted by taxi drivers than Uber drivers. He said that he thought Lacy should be held “personally responsible” for any woman who followed her lead in deleting Uber and was then sexually assaulted.

Then he returned to the opposition research plan. Uber’s dirt-diggers, Michael said, could expose Lacy. They could, in particular, prove a particular and very specific claim about her personal life.

In this situation, it’s pretty clear where the shadiness comes in, and it’s not the journalist.

Kutcher is right: journalists should be subject to probing and judgement and questioning, especially if they’re writing “half-truths as facts”. But it’s their work – their articles, their sources, their conclusions – that need probing. Not their personal lives.

I have a lot of sympathy for Kutcher, who has endured intrusive, speculative and doubtless usually half-true (at best) journalism about his own personal life, and that of his family.

Few tech journalists can ever know what it’s like to have the bones of their marital relationship picked over in the tabloids, or to regularly run the gauntlet of aggressive paparazzi with their loved ones. Few would blame Kutcher for having an extremely negative view of journalism in general as a result.

Even so, harassing or printing lies about a celebrity is a very different kind of journalism to criticising – no matter whether you put “asshole” in the headline – a technology company that they’ve invested in.

In the age of corporate blogs and social media, Uber had plenty of “opportunity to defend themselves” that didn’t involve private investigators and personal dirt-digging.

All journalists – celebrity and tech hacks alike – are on notice that if our journalism is bad, we can be called out publicly. Often by one another, in fact, but also by the companies and people that we write about. It’s a hugely positive development.

Judging by Michael’s comments and the separate controversy about the company accessing a reporter’s personal data without permission , Uber’s natural inclination was to choose another path.

“U r all right and I’m on the wrong side of this ultimately. I just wish journalists were held to the same standards as public figures,” he tweeted, presumably after reading some of the feedback.

I suspect more journalists share Kutcher’s views on standards than he thinks, but when that leads them to criticise companies in his portfolio, that doesn’t make them shady.

• Is Uber the worst company in Silicon Valley?