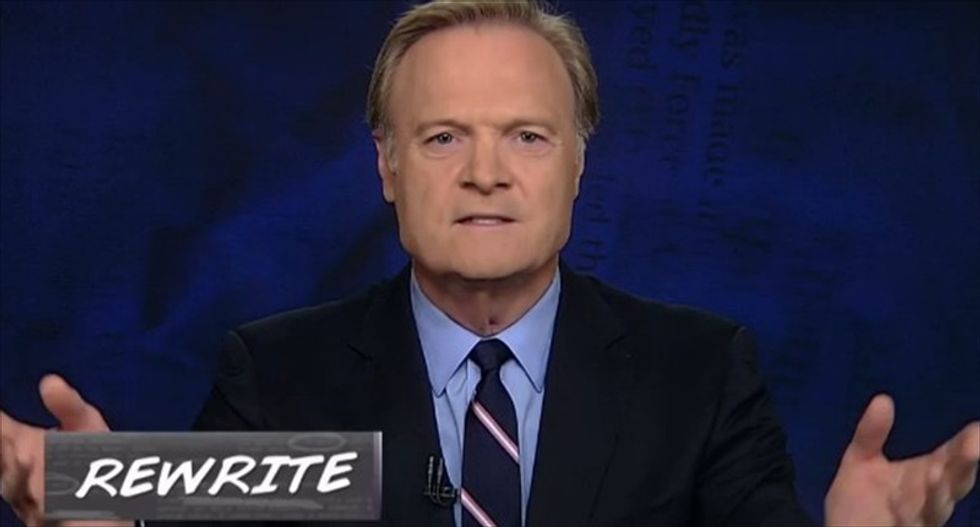 "With prosecutors like this, Darren Wilson never really needed a defense lawyer," he said.

O'Donnell said that early on in the jurors' deliberations, Alizadeh handed them a copy of a 1979 Missouri statute saying police were "justified in the use of such physical force as he or she reasonably believes is immediately necessary to effect the arrest or prevent the escape from custody." However, he explained, the Supreme Court found those kinds of statutes to be unconstitutional six years later.

As the Daily Kos reported, the high court found in Tennessee v. Garner that "where the officer has probable cause to believe that the suspect poses a threat of serious physical harm, either to the officer or to others, it is not constitutionally unreasonable to prevent escape by using deadly force."

But in handing the jurors the original statute, O'Donnell said, Alizadeh conveyed the message that Wilson did not feel his life needed to be in danger for him to be legally justified in shooting and killing 18-year-old Michael Brown on Aug. 9.

"She was taking the hurdle that Darren Wilson had to get over in his testimony, and flattening it," O'Donnell argued. "She was making it impossible for Darren Wilson to fail in front of this grand jury."

Consequently, he said, the jurors listened to Wilson's testimony while still believing the statute was still in effect. Alizadeh did not correct her error until Nov. 21, telling them that "part of the case law" did not comply with the Supreme Court ruling.

Court records also show that, when one juror asked whether the high court's decision overrode state laws, Alizadeh did not say yes, and instead gave a non-commital answer.

"As far as you need to know, just don't worry about that," Alizadeh told the juror. Alizadeh's colleague, Sheila Whirley, added, "We don't want to get into a law class."

The worst part of Alizdeh's actions, O'Donnell said, was that she did not explain how the Supreme Court decision struck the state statute down after letting jurors carry it with them for weeks.