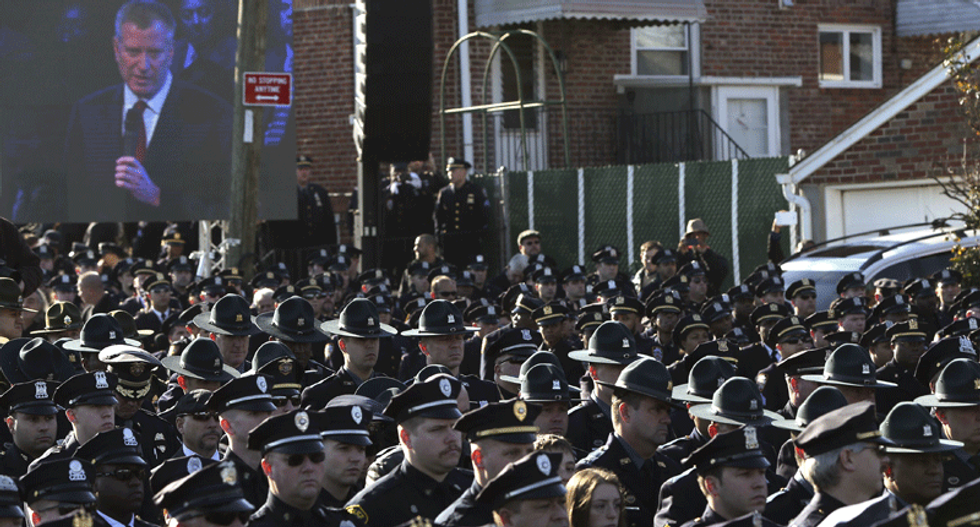 Hundreds of New York City police officers turned their backs on Democratic Mayor Bill de Blasio as he gave his remarks at the funeral for slain police officer Rafael Ramos on Saturday.

According to ABC News, the funeral took place at Christ Tabernacle Church, in the Glendale neighborhood of Queens.

The officers were protesting remarks the mayor made in the wake of a grand jury's decision not to indict the officers who killed an asthmatic man named Eric Garner, who died after police attempted to subdue him on charges of selling untaxed cigarettes.