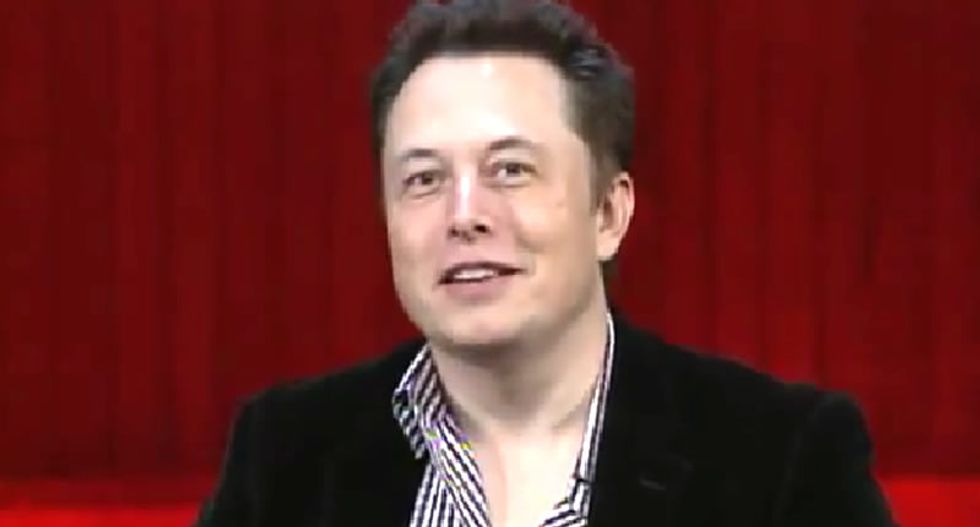 Elon Musk sought saviour in Google co-founder Larry Page when cars were full of bugs, sales dived and the factory had to be shut down

Elon Musk almost sold his Tesla electric car company to Google after it hit rock bottom with bug-filled cars, stalled sales and falling shares in 2013, a new book has revealed.

Tesla launched its pioneering new Model S electric car the year before, shipping with many features better or similar to competing luxury cars, but filled with bugs and lacking essentials such as parking sensors or radar-assisted cruise control – a staple of the £50,000 car market.

Glitches, such as handles that would not extend and let people into cars, and materials issues, such as sun visors with unsightly seams, led to word of mouth being “the car sucked”, according to Musk.

Executives in the company kept how bad the situation was from Musk. His reaction when he found out was to fire senior executives, promote hungrier juniors and hire Daimler’s Jerome Guile to fix Tesla’s repair centres. He also pulled staff from every department and forced them to start selling cars as the company had struggled to turn pre-orders into purchases.

“If we don’t deliver these cars, we are fucked. So I don’t care what job you were doing. Your new job is delivering cars,” Musk told the employees, according to a person at the meeting who spoke to Ashlee Vance , author of Elon Musk: Tesla, SpaceX, and the Quest for a Fantastic Future.

Musk also reached out to his friend Google co-founder Larry Page as a potential saviour of the company which by this point was in a nose dive, forced to quietly shut down its production facility and struggling to be taken seriously by high-end suppliers it relied on.

A deal was written. Musk demanded Google buy Tesla for $6bn with a $5bn sum for factory expansions, with guarantees that Google wouldn’t simply break up the company, and that Musk could run it for eight years or until it produced its third-generation car.

A couple of sticking points apparently held the deal long enough for Tesla’s car sales to pick up rapidly and the factory was restarted. It led to the company posting its first ever quarterly profit of $11m, its share price to jump fivefold and enabling it to repay loans taking it out of bankruptcy.

It was saved with only two weeks’ worth of cash in the bank, and so very nearly bought by Google. Musk broke off talks and the company has gone from strength to strength since, later launching in Europe, the UK and Australia.

Google, meanwhile, had car aspirations of its own, buying up autonomous driving and robotics technology startups, and producing its pod-car prototype. Those self-driving cars could have been in the shape of a Model S, if Tesla’s sales hadn’t picked up in time.