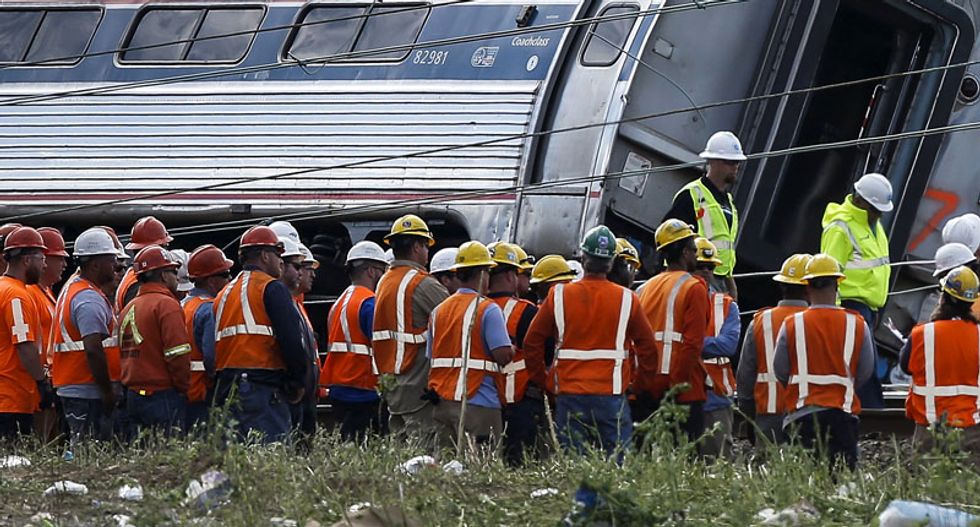 Officials meet at the site of a derailed Amtrak train in Philadelphia, Pennsylvania May 13, 2015. REUTERS/Mike Segar

The White House criticized Republicans in the U.S. House of Representatives for a plan that would cut grants to Amtrak, part of a transportation funding bill that lawmakers were set to consider on Wednesday in the wake of an Amtrak derailment.

The House spending bill for the coming fiscal year would cut Amtrak grants by $252 million from current levels, said Shaun Donovan, director of the White House Office of Management and Budget.

"You're looking at more than a 15 percent cut in investments in Amtrak," Donovan told reporters on a conference all, noting Obama had proposed a boost to Amtrak funding to $2.45 billion, up from current levels of $1.4 billion.

Donovan also said the federal investigation into the cause of the derailment is ongoing and cannot be linked to funding levels.