NASA announces new missions, but says 'life outside of Earth is probably going to be really hard to find' 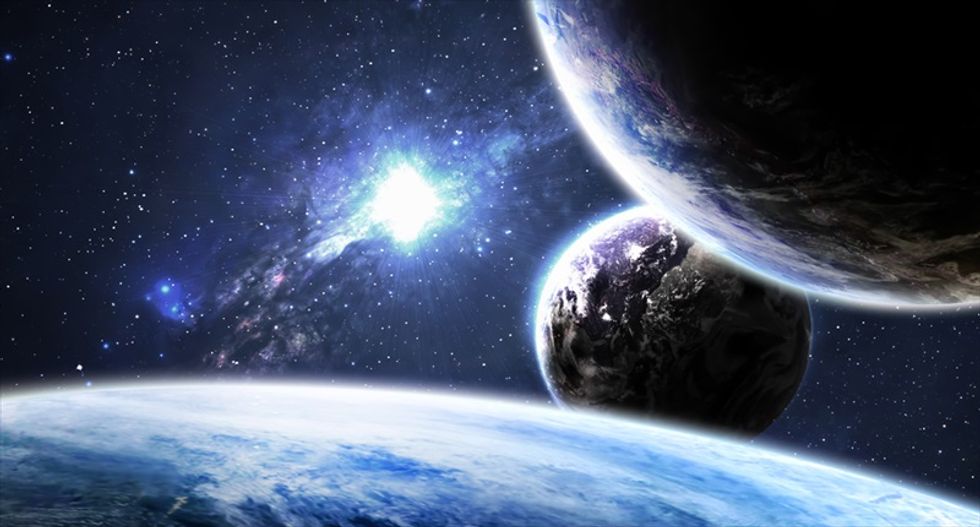 In previewing missions in the search for life and discussing its challenges, the scientists confess they ‘can’t even agree on a definition of what life detection is’

NASA scientists previewed several missions in the search for life off Earth on Tuesday, including a plan to scoop up minerals from an asteroid and one to drill into the surface of Mars.

The missions described by researchers included satellites, spacecraft, landers and work concentrated on Mars, Jupiter moons, an asteroid and on Earth itself.

“Sciences are being unified by the search for life in the universe,” said Dr John Grunsfeld, associate administrator for science at NASA, before conceding that “life outside of earth is probably going to be really hard to find”.

“We can’t even agree on a definition of what life detection is.”

Grunsfeld said missions to Mars in the next few years will have greater capabilities than the Curiosity rover, which continues to explore Mars and in April discovered water below the surface of the red planet. The European Space Agency’s ExoMars mission, for instance, aims to specifically search for signs of life.

The lander will have a “deeper drill than any lander”, Grunsfeld said, able to reach down into the Martian crust “a couple of meters” where the deadly radiation that bombards the planet would not be as able to affect life.

Places where the frozen water exists, as in the planet’s polar glaciers and below the surface, might be able to harbor life, but “these are challenging places to get to”, he said.

Last year the Curiosity rover detected “spikes” of methane, stoking speculation of life on the planet, but Grunsfeld noted that those signals could be abiotic as well as from a biotic organism.

“On future missions we’re going to look more toward what kind of instruments could detect life,” he said. “A DNA sequencer for instance might fail miserably even if it were surrounded by extant Martian life.”

The ExoMars mission is planned for 2018 and receive assistance from NASA.

Grunsfeld also described a mission named Osiris Rex, which aims to send a satellite to an asteroid called Bennu in order to study its composition. The satellite will “do a quick touch-and-go and grab samples, up to 2kg (5lb)”, he said, which researchers will then be able to study.

In part, the Osiris Rex team will try to determine whether the organic materials that started life on Earth were “seeded” on the planet by collisions with carbonaceous asteroids like Bennu.

“There’s a whole host of ice-rich worlds which potentially harbor subsurface oceans,” Schmidt said. “These are important places to think about in the search for life even within our own solar system.”

In February, NASA won approval from the White House to proceed with a mission to fly by Europa, which is covered in a sheet of ice that has intrigued scientists for the likelihood that it coats a subsurface ocean.

The mission will feature an ice-penetrating radar that has been used to explore similar surfaces on Earth, Schmidt said, and try to determine whether the moon harbors “enough energy to power biology in these very distant and seemingly so alien worlds”.

Dr Alexis Templeton showcased some of her research on alien environments here on earth, where scientists have discovered life in what were until recently considered utterly inhospitable regions.

In particular, Templeton studies how rocks may have helped create life in these extreme environments. “Rocks have within them, depending on their chemistry, the ability to release electrons,” she said, which “can fuel certain systems, essentially a lot like fuel cells do”.

Citing the discovery of life in the high-pH waters of remote deserts and the ways that water can release chemicals and energy when it interacts with certain rocks, Templeton said that the research could help colleagues determine what exactly they should look for on celestial bodies. On a moon of Saturn, for instance, plumes of particles ejected from the south pole could “represent potential for liquid water that’s stored underneath the ice shell”, she said.

Dr Vikki Meadows, a professor of astronomy at the University of Washington’s Virtual Planetary Laboratory, said that she was studying hunting for oceans on planets by looking for the “glint effect”.

Meadows described the phenomenon as “something that should be very familiar to you if you’ve ever sat on a beach after sunrise or sunset” – the reflected light of the sun off the surface of the water at a particular angle.

With the help of a blurry photo of a crescent Earth, from a satellite that later crashed into the moon, researchers were able to calculate the glint effect for other planets – a prediction that could help detect oceans on solar systems outside our own.