Nevada GOP congressman: My kids 'will not be a drain on society' like disabled children 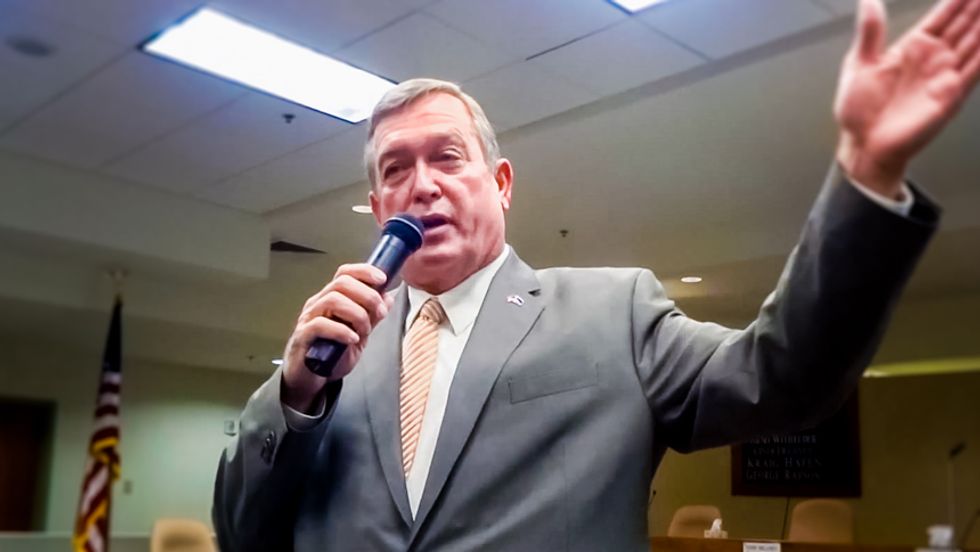 Rep. Cresent Hardy (R-NV) said recently at a Libertarian Party event that he hoped his children would never be a "drain on society" like people who were disabled.

In audio published this week by the Nevada State Democratic Party, Hardy can be heard speaking to attendees at the Libertarian Political Expo in Las Vegas.

"But they all work hard. They are raising their own families," he continued. "They will not be a drain on society, the best they can. Hopefully they will never have some disability that causes them to have to utilize that."

Nevada State Democratic Party released a statement this week calling on Hardy to apologize to people with disabilities.

“If Cresent Hardy wants to talk about ‘drains on society,’ he should point a finger at his buddy, deadbeat rancher Cliven Bundy, not disabled children,” Nevada State Democratic Party spokesperson Zach Hudson insisted. “Hardy has compared employment non-discrimination laws to ‘segregation,’ agreed with Mitt Romney that 47% of the American people are ‘freeloaders,’ and now called children with disabilities ‘drains on society.’"

"Cresent Hardy’s comments are outrageous and he owes an immediate apology to every Nevadan with a disability.”