Racism in America: Obama said a lot more than the N-word in that 'WTF' podcast 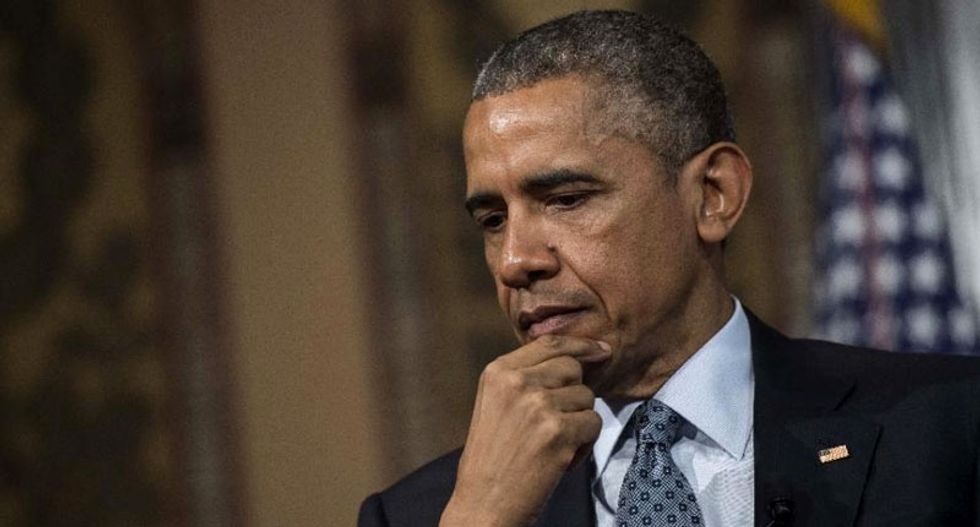 U.S. President Barack Obama, in a podcast posted online on Monday, used the N word to emphasize his point that the United States has made progress in eliminating racism but there was still more work to do.

Obama discussed race and gun control as part of the hour-long podcast interview, in the aftermath of the shooting deaths a week ago of nine black people at a church in South Carolina, allegedly by a 21-year-old white man with racist sentiments.

"I always tell young people in particular: 'Do not say that nothing's changed when it comes to race in America unless you lived through being a black man in the 1950s or '60s or '70s,'" Obama told Mark Maron, host of the "WTF" podcast.

He said the legacies of slavery and discrimination were still "part of our DNA that's passed on."

"Societies don't just overnight completely erase everything that happened two to 300 years prior."

Obama said one of the darkest days of his presidency was another shooting incident: The December 14, 2012, slayings of 26 people at a school in Connecticut by a 20-year-old man.

"I tell you, right after Sandy Hook, Newtown, when 20 6-year-olds were gunned down and Congress literally does nothing, yeah, that's the closest I came to feeling disgusted," he said. "I was pretty disgusted."

As part of the interview, taped on Friday just ahead of Father's Day, Obama also discussed fatherhood and the frustrations of his job.

"Some of the mythology about me being very professorial, removed, that stuff ... I think it has to do with me not schmoozing enough in Washington because I've got two kids," he said. "And it's true that I don't do the cocktail circuit."