Chattanooga shooter struggled to reconcile his drug use with his religious beliefs: report 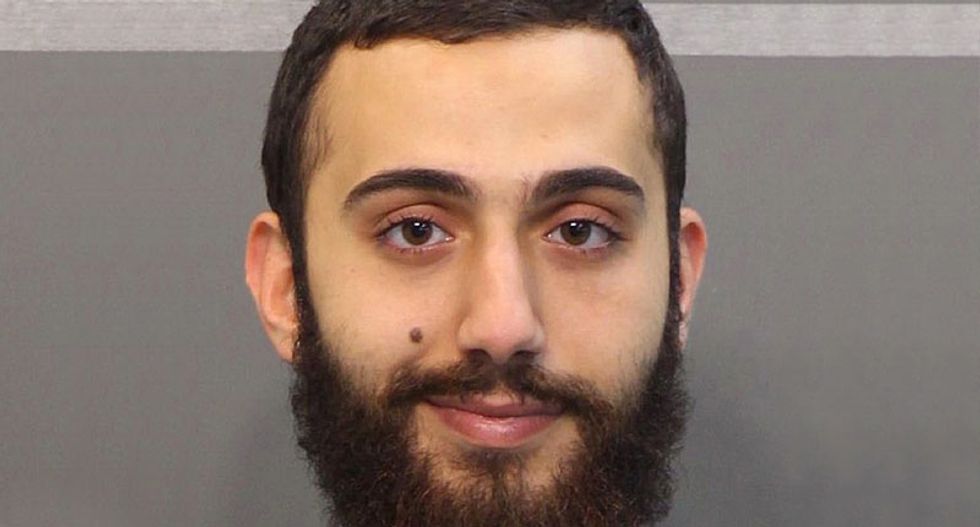 The shooter who killed five U.S. servicemen on Thursday in Tennessee had drug abuse problems and was worried about debt according to his family and a diary he left behind, ABC news reported on Monday, citing a family representative.

Close friends told Reuters previously that Mohammod Youssuf Abdulazeez, 24, drank and smoked marijuana, had received treatment for drug problems, and struggled to reconcile those habits with his religious beliefs. His family said in a statement at the weekend that he suffered from depression.

Abdulazeez, a Kuwaiti-born naturalized U.S. citizen, was killed in a gunfight with police after he sprayed gunfire at a military recruiting center in Chattanooga, then drove to a nearby Naval Reserve Center, where he shot and killed four Marines. Three people were wounded, including a sailor who died on Saturday.

The FBI is investigating the attack as an act of terrorism, but said it was premature to speculate on the gunman's motive.

While a firm connection between the suspect and radical Islam has not been established, the shooting follows a series of attacks, or thwarted attacks, in the United States and other countries by Muslims claiming to be inspired by Islamic State or other militant groups.

Abdulazeez, an engineer, wrote about having suicidal thoughts and "becoming a martyr" as far back as 2013 after losing his job due to his drug use, both prescription and non-prescription, the family representative told ABC news.

ABC said that Abdulazeez was taking sleeping pills to deal with an overnight shift at work, and was considering filing for bankruptcy because he was thousands of dollars in debt.

Investigators were looking into Abdulazeez's travels abroad to find clues on whether he had been radicalized.

Abdulazeez returned from a trip to Jordan in 2014 concerned about conflicts in the Middle East and the reluctance of the United States and other countries to intervene, according to two friends who had known him since elementary school.

Abdulazeez went to the Middle East in 2010 and visited several countries, one of his friends told Reuters. He then went to Jordan in 2014 to work for his uncle, and lived with his uncle and his grandparents there, he said. Both friends spoke with Reuters on condition they not be named because they feared a backlash.

According to Abdulazeez's friends, he owned handguns and purchased three assault rifles on an online site, Armslist.com, after returning from Jordan, using them for target practice.

Friends said he had always liked shooting, starting with BB guns and paintball, and that he enjoyed driving fast cars.

In April, Abdulazeez was charged with driving under the influence. He had faced a July 30 court date.

A Pennsylvania man who was jailed in May after reaching for a loaded shotgun during an announced visit by probation officers has pleaded guilty to assaulting police officers during the January 6 riot at the U.S. Capitol.

Barton Wade Shively, 55, of Mechanicsburg, Pennsylvania, pleaded guilty in the District of Columbia to two counts of assaulting, resisting, or impeding law enforcement officers, the Department of Justice reported. The plea agreement calls proscribes a punishment range of 30 to 37 months plus fines under federal sentencing guideless, subject to a judge’s approval.