Fox host: The role of modern women is to 'engage in a little horizontal hula and then make him a sandwich' 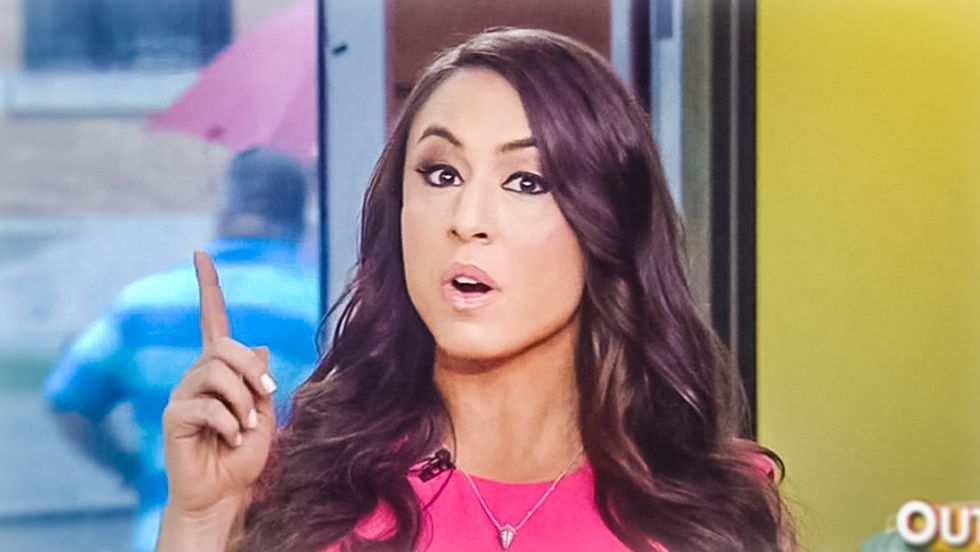 Fox News host Andrea Tantaros advised women on Thursday that they should always be ready to give their man a sandwich after sex and a beer after his shower if they wanted the relationship to last.

Earlier this week, Glamour magazine retracted a column of tips for making men falling in love after women complained that the list was misogynistic.

Tantaros, however, said that ideas like making a man a snack after sex was not taking women back to the 1950s.

"Look at this list, it has great suggestions in here!" she exclaimed. "After you engage in a little horizontal hula, make him a sandwich. That's not called 1950s. That's called kindness. And frankly, I think women should do a little more of that."

"What's wrong with giving your man a brewski when he comes out of the shower?" Tantaros asked.

"Who needs a brewski out of the shower?" comedian Ryan Reiss chimed in. "What are you dating Don Draper? What's going on? I've never gotten out of the shower and been like, 'I need to get drunk quick.'"

"You don't have the right woman," co-host Stacey Dash insisted. "I think that's why divorce rates are so high. Women don't know how to take care of their men anymore."

Reiss speculated that husbands had affairs with their housekeepers because "they have a great outfit and they cook great."

"If you're not answering the door in your lingerie, maybe he'll run off with the neighbor," Tantaros agreed.

"I don't think it has to do with taking women back in time, I just think it's kindness," she continued. "I'm a very traditional old-fashioned girl and I do these things for my man. I do. And that's why they are always smiling."

"And they're drunk," Reiss added. "Because you give them beer right out of the shower."

Watch the video below from Fox News' Outnumbered, broadcast July 30, 2015.