Release of man who plotted attack on Muslims prompts criticism 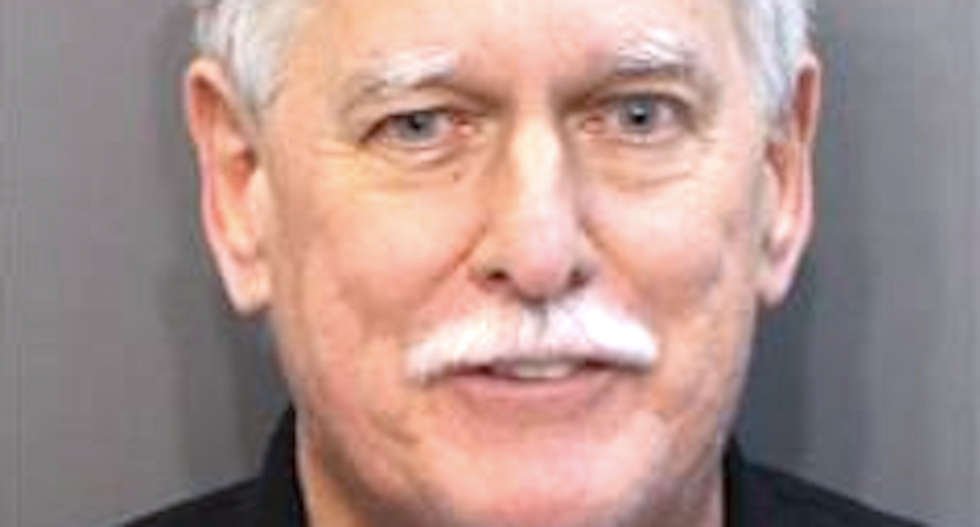 A judge’s decision to release a Tennessee man on bail after he was recorded threatening to stab, shoot and firebomb a Muslim community in upstate New York has been criticized by civil rights activists.

Robert Doggart, 63 and a former candidate for Congress, said he wanted to take his “battle-tested M-4” military-style assault rifle, “with 500 rounds of ammunition, light armor piercing,” a pistol with three extra magazines and a machete, to burn down “the kitchen, the mosque and their school” in the hamlet of Islamberg, according to a criminal complaint against him.

On a phone call in March excerpted in the criminal complaint, Doggart told an FBI source, that the inhabitants of Islamberg “have to be killed ... If we can get in there and do that not losing a man, even the better.”

“We will be cruel to them,” Doggart said of the people of Islamberg. “And we will burn down their buildings ... And if it gets down to the machete, we will cut them to shreds.”

Federal agents began investigating Doggart after a confidential informant and social media posts alerted them to threats he had made. The FBI then began monitoring Doggart’s cellphone calls.

As part of a deal, Doggart pleaded guilty in April to “interstate communication of threats”, a non-terrorism offense, which carries with it up to five years in prison and a fine of up to $250,000. Appearing at a detention hearing on 20 April, at which a federal agent testified about Doggart’s plot in detail, the defendant was ordered detained without bail after magistrate judge Susan K Lee said she found “clear and convincing evidence that the defendant [is] a danger to the community”.

But at a hearing soon after, Lee recommended Doggart be released into the custody of two family members on $30,000 bail after hearing evidence regarding his mental health.

Doggart’s attorneys, Bryan Hoss and Janie Parks Varnell, said that, since his arrest, their client had stopped consuming prescription medication and alcohol - the “substance abuse problems” Lee had referenced at Doggart’s initial detention hearing, which had partially motivated her to hold Doggart without bail.

As a condition of his release, Lee required Doggart to undergo psychiatric treatment and to abstain from alcohol or drug use, stay off the internet and be confined to his home.

Doggart was accused of targetting Islamberg , a hamlet that’s home to a small Muslim community about 130 miles northwest of New York City, in Hancock County. The buildings he allegedly cited for attack are owned by The Muslims of America, a religious organization headquartered in Islamberg. TMOA primarily consists of “African American Sunni Muslims who are indigenous Americans with islamic roots” according to the group’s website.

The hamlet, founded in 1984, has been the focus of “radical-right conspiracy theories and claims, alleging that it is one of a string of secret jihadist training camps in the backwoods of America”, the civil rights organization the Southern Policy Law Center said.

In June, TMOA chief executive Hussein Adams and assistant chief executive Khadijah Smith wrote to the court, calling on federal prosecutors to revisit and expand the charges against Doggart. “We respectfully do not believe that the plea arrangement is fair, reasonable or in the interest of justice as it relates to us as victims or to society as a whole,” they said.

Last Tuesday (30 June), the presiding judge in the case, Curtis Collier, allowed Doggart’s release, but rejected the previous plea agreement, saying that the prosecution failed to prove that Doggart’s plot was a “true threat”.

This move came despite the claims throughout the criminal complaint and a sworn affidavit by the FBI agent who monitored Doggart that there was “probable cause” to believe that Doggart had committed the offenses he was charged with.

In court documents, both the defense and prosecution said they agreed that Doggart’s stated actions and intentions prove his threats were “true” in nature.

But Judge Collier said in court documents that the government had “not shown by clear and convincing evidence defendant’s release would pose an unreasonable danger to the community or any particular individual”.

In response to Collier’s request for further proof on the “threats”, US attorney Perry H Piper cited several instances of digital and cellular communication with a “cooperating source” in which Doggart asserts threats made to Islamberg, all intercepted by the FBI, as well as the several steps Doggart took to further the threats he made. “At various points during the investigation, the defendant traveled to other locations to meet with individuals the defendant believed would assist him with his plan,” the memo reads.

Doggart is also cited as having shown the FBI’s source a map of Islamberg, where he identified the buildings he intended to destroy. He also said he would serve “as the stand-off gunner during the assault and that he would shoot the residents of Islamberg during the attack”, and had been soliciting the help of other “gunners” through Facebook.

In light of Doggart’s release, Muslim groups have called for extra protections for Islamberg.

In a statement , the executive director of the Council on American-Islamic Relations (CAIR), a Muslim civil rights organization, said Doggart’s case was another indicator in anti-Muslim incidents nationwide, and called on the Obama administration to treat Doggart’s “planned, religiously motivated attack as an act of domestic terrorism”.

“It is deeply troubling that an individual who has admitted to planning a religiously-motivated terror attack on American Muslims is now free, while the intended targets of his plot remain unprotected,” said CAIR National Executive Director Nihad Awad. “We urge authorities to place Mr. Doggart in custody until this case is resolved, and failing that, to offer protection to his intended targets.”

Ryan Lenz, the online editor of the Southern poverty law center’s HateWatch blog said that “there is a certain leniency granted to people with terrorist-like charges if they’re non-jihadis”.

“In the aftermath of 9/11, the federal government has turned its focus almost exclusively to Islamic terrorism” and has looked away from domestic threats, like Doggart’s, said Lenz.

Doggart, who according to the criminal complaint had been associated with private militia groups in the US, had seen Islamberg as a threat.

“The defendant was fully aware of the religious character of the mosque when he identified it as one of the buildings that needed to be burned.

Doggart’s defense attorneys said their client is an ordained minister with the Christian National Church, has numerous degrees and certificates and is a veteran. He ran as an independent candidate for Congress in Tennessee’s fourth congressional district in 2014. During his campaign, Doggart called Obama “a liar, a traitor, and coward” , and the worst president in history.

In a statement, the public relations director for The Muslims of America, Muhammad Matthew Gardner, said “Doggart is an example of the results of unchecked and rampant Islamophobia which has spread lies for years about our peaceful community. This man plotted mercilessly to kill us, kill our children and blow up our mosque and our school.”

Requests for comment from TMOA, Islamberg’s general counsel, and the defense attorneys were not answered.