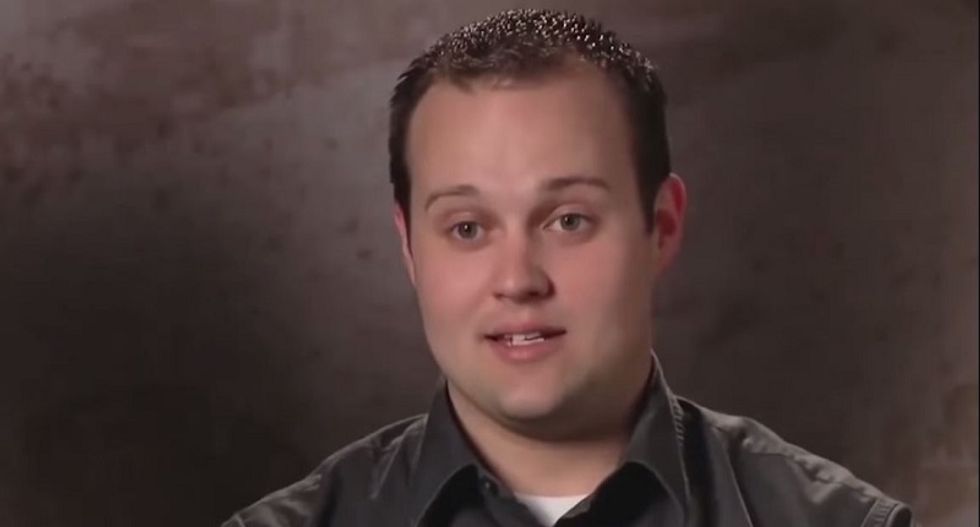 A leader at the Christian rehabilitation center Josh Duggar supposedly checked into is helping another accused sexual predator avoid prosecution by keeping him abroad, Patheos reports.

Duggar has purportedly sought treatment at Reformers Unanimous -- a facility run by North Love Baptist Church. The pastor of North Love Baptist, Paul Kingsbury, helped a man accused of sexual assault remain on a religious mission overseas to avoid prosecution in the United States, according to Patheos.

Richard DeVall, a missionary currently serving in Bolivia with Baptist Pioneer Mission Agency, was accused of committing sexual assault in the 1990s while he was a student at Bob Jones University (BJU), according to Patheos. DeVall was expelled as a result of the allegations, but then readmitted.

The victim went to authorities in 2012 with the accusations. Shortly thereafter, DeVall contacted her asking for her forgiveness.

The victim contacted Baptist Pioneer Mission Agency, asking that DeVall be removed from fieldwork because of the risk he posed to others. When she requested DeVall be returned to the United States to face criminal charges, she was told the missionary agency would protect him. DeVall then refused to return to the U.S., insisting the matter would be handled "in the Biblical way."

Kingsbury's church is DeVall's "sending" or sponsoring church, according to Patheos.

Patheos cites two unnamed sources that say Kingsbury was made aware of sexual assault allegations against DeVall, but that he continues to support his mission regardless, adding:

If it is true that North Love is continuing to sponsor DeVall even with Kingsbury’s knowledge of the allegations against him, and that they have sent him into the field and are keeping him there out of fear that he will face criminal charges if he returns to the U.S., these are serious charges indeed.

This would be in keeping with related events. When Josh Duggar was accused of molesting his sisters, he was sent for Christian mentoring and labor at a program run by Christian minister Bill Gothard of Institute in Basic Life Principles. Gothard resigned last year amid allegations he sexually harassed women, People Magazine reports.