Texas man hospitalized after his bullet ricochets off of armadillo 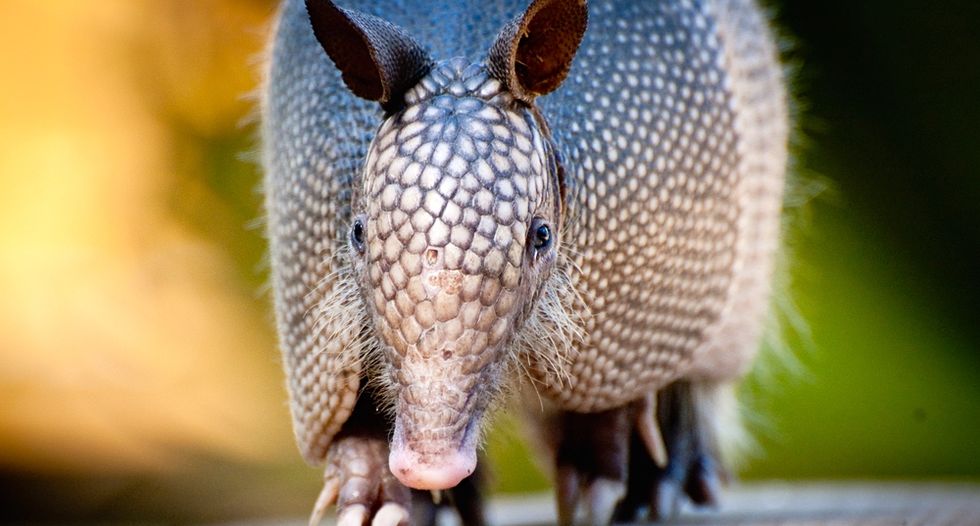 A Texas man was hospitalized this week, after being hit in the head by a ricocheting bullet he had aimed at an armadillo .

The man decided to shoot the armadillo after seeing it on his property, near the 134-person east Texas town of Marietta, just before 3am on Thursday, Cass County sheriff’s officials said.

He fired three shots at the armadillo. At least one rebounded and hit the man in the jaw. The man was airlifted to a nearby hospital, where his jaw was wired shut, according to Cass County sheriff Larry Rowe.

It is not known whether the armadillo survived.

The incident is the second this year in which a person has been injured in the southern US by a bullet ricocheting off an armadillo.

In April, a Georgia man wounded his mother-in-law after he fired a pistol at an armadillo and the bullet bounced off the animal, traveled through the back door of a mobile home and struck the 74-year-old woman in the back.

Bill Smith, an investigator with the Lee County sheriff’s office, told WISTV the Georgia man, Larry McElroy, shot at the armadillo from about 100 yards away.

“Just the circumstances, just all the way around, the whole situation was unusual,” Smith said.

Wildlife management experts consider shooting an effective method for killing armadillos, which in the southern US are generally viewed as pests. Their effect is usually contained, however, to uprooting flowers and digging small holes.

Eating armadillos has been connected to leprosy in humans .