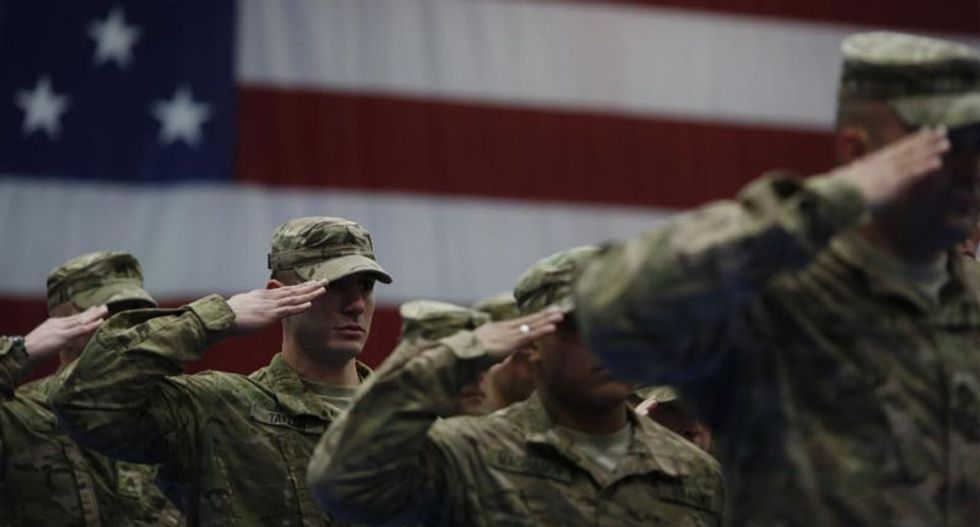 An assistant professor in the law department of the US Military Academy at West Point has argued that legal scholars critical of the war on terrorism represent a “treasonous” fifth column that should be attacked as enemy combatants.

In a lengthy academic paper, the professor, William C Bradford, proposes to threaten “Islamic holy sites” as part of a war against undifferentiated Islamic radicalism. That war ought to be prosecuted vigorously, he wrote, “even if it means great destruction, innumerable enemy casualties, and civilian collateral damage”.

Other “lawful targets” for the US military in its war on terrorism, Bradford argues, include “law school facilities, scholars’ home offices and media outlets where they give interviews” – all civilian areas, but places where a “causal connection between the content disseminated and Islamist crimes incited” exist.

“Shocking and extreme as this option might seem, [dissenting] scholars, and the law schools that employ them, are – at least in theory – targetable so long as attacks are proportional, distinguish noncombatants from combatants, employ nonprohibited weapons, and contribute to the defeat of Islamism,” Bradford wrote.

West Point is the revered undergraduate institution north of New York City where the US army educates its future officer corps. It prides itself on the rigor of its curriculum. Representatives from the school said Bradford had only begun his employment there on 1 August.

Bradford’s article, “Trahison des Professeurs: The Critical Law of Armed Conflict Academy as an Islamist Fifth Column”, appeared in the most recent issue of the National Security Law Journal, a student-run publication at the George Mason School of Law. Bradford clarifies that the term means “treason of the professors”, itself an allusion to a famous attack on French intellectuals from the 1920s.

In the paper, Bradford identifies himself as an “associate professor of law, national security and strategy, National Defense University”, seemingly his previous job before West Point. But a representative of the National Defense University said Bradford was a contractor at the prestigious Defense Department-run institution, “never an NDU employee nor an NDU professor”.

It appears not to be the first time Bradford misrepresented his credentials. He resigned from Indiana University’s law school in 2005 after his military record showed he had exaggerated his service . (Among his paper’s criticisms of supposedly treasonous lawyers is “intellectual dishonesty”.)

The National Security Law Journal’s editor-in-chief has called the article’s publication a “mistake” and an “ egregious breach of professional decorum ”.

“We cannot ‘unpublish’ it, of course, but we can and do acknowledge that the article was not presentable for publication when we published it, and that we therefore repudiate it with sincere apologies to our readers,” the editor-in-chief, Rick Myers, wrote on the journal’s website.

Bradford does not clearly name his academic opponents, instead using the neologistic acronym CLOACA, for “critical law of armed conflict academy” to describe them. (In nature, “cloaca” is also the name of a body cavity into which intestinal, reproductive and urinary tracts empty in some animal species.)

The CLOACA, in turn, are part of a GMAC, or “government-media-academic complex”, which Bradford defines as an “aristocracy of senior government officials, elite media members, and university faculty, which squeezes non-members from public colloquy and shapes opinion on security, military and legal issues.”

This “clique of about forty” scholars, Bradford writes, have “converted the US legal academy into a cohort whose vituperative pronouncements on the illegality of the US resort to force and subsequent conduct in the war against Islamism” represent a “super-weapon that supports Islamist military operations” aimed at “American political will” to fight. They are supported by “compliant journalists” marked by “defeatism, instinctive antipathy to war, and empathy for American adversaries”, but Bradford considers the lawyers a greater threat.

The offending legal scholars “effectively tilt the battlefield against US forces [and] contribute to timorousness and lethargy in US military commanders”, he writes. They are among several “useful idiots” who “separate Islam from Islamists by attributing to the former principles in common with the West, including ‘justice and progress’ and ‘the dignity of all human beings’”.

Bradford derisively quotes Barack Obama, who has prosecuted a globalized war against al-Qaida and now the Islamic State, discussing “co-existence and cooperation” with the Islamic world in his 2009 Cairo speech.

The West Point faculty member urges the US to wage “total war” on “Islamism”, using “conventional and nuclear force and [psychological operations]”, in order to “leave them prepared to coexist with the West or be utterly eradicated”. He suggests in a footnote that “threatening Islamic holy sites might create deterrence, discredit Islamism, and falsify the assumption that decadence renders Western restraint inevitable”.

Robert Chesney of the University of Texas, a founding editor of the influential national-security law blog Lawfare, is one of the legal scholars Bradford references as pernicious – for a 2011 paper that largely defended Obama’s execution without trial of US citizen and al-Qaida preacher Anwar al-Awlaki.

“It’s very hard to take this seriously except insofar as he may actually be teaching nonsense like this to cadets at West Point,” Chesney said.

Bradford did not respond to emails and phone messages for comment.

A spokesman for the US Military Academy, army lieutenant colonel Christopher Kasker, told the Guardian: “Dr William Bradford was hired on 1 August 2015 at the US Military Academy. His article in the National Security Law Journal titled ‘Trahison des Professeurs: The Critical Law of Armed Conflict Academy as an Islamist Fifth Column’ was written and accepted for publication prior to his employment at West Point. The views in the article are solely those of Dr Bradford and do not reflect those of the Department of Defense, the United States army, the United States Military Academy.”

The US military’s educational institutions have come under fire before for promoting “total war” against Islam. In 2012, General Martin Dempsey, chairman of the joint chiefs of staff, ordered a comprehensive scouring of anti-Islam training material after a course proposed “Hiroshima” tactics against Islamic holy sites, targeting the “ civilian population wherever necessary ”.

The previous year, highly regarded counter-terrorism scholars affiliated with the US army aided the FBI in eradicating similar material from its own training. Those scholars came from West Point .