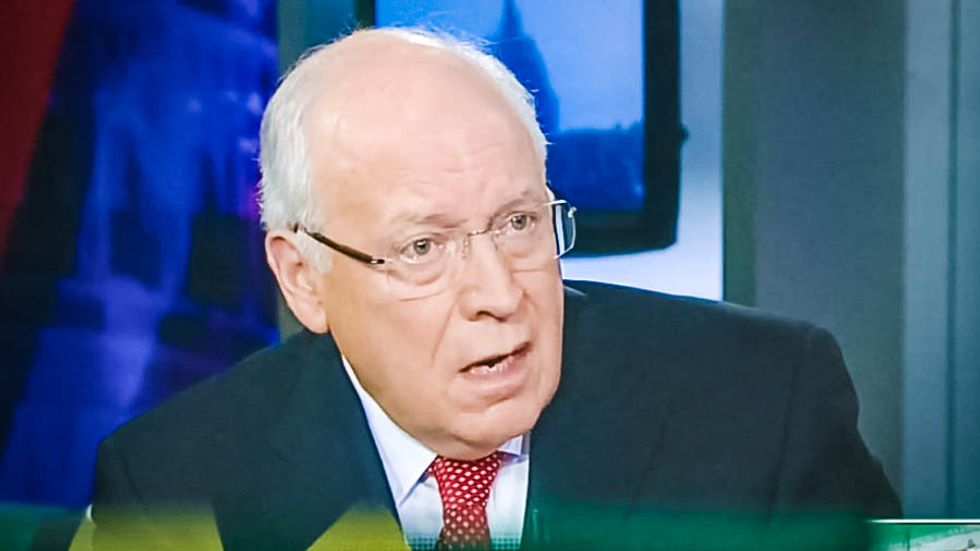 During an interview on Fox News, Cheney refused to back down from his assertion that Obama's nuclear deal with Iran was like Neville Chamberlain appeasing Hitler.

"If you look at what happened with respect to [Obama's] Iranian deal, the only winners are Iranians," he argued. "The losers are the United States, are the friends and allies of the United States in the region, the Israelis the Saudis and others."

Wallace pointed out that Cheney had eight years to deal with Iran's nuclear program and failed to do it.

"You and President Bush, the Bush-Cheney administration, dealt with Iran for eight years, and I think it was fair to say that there was never any real, serious military threat," Wallace noted. "Iran went from zero known centrifuges in operation to more than 5,000."

"So in fairness, didn't you leave -- the Bush-Cheney administration -- leave President Obama with a mess?" the Fox News host asked.

"I don't think of it that way," Cheney replied. "There was military action that had an impact on the Iranians, it was when we took down Saddam Hussein. There was a period of time when they stopped their program because they were scared that what we did to Saddam, we were going to do to them next."

"But the centrifuges went from zero to 5,000," Wallace pressed.

"Well, they may have well have gone but that happened on Obama's watch, not on our watch," Cheney wrongly insisted.

"Right," Cheney grumbled. "But I think we did a lot to deal with the arms control problem in the Middle East."

"What we did not do is what Obama did," he added. "He never had a military option on the table. He talked about it repeatedly but nobody believed him, especially after he waffled on the Syrian deal. There never was a military option that the Iranians had to worry about."

"He always dealt from a position of weakness, which I don't think we would have done."

The Obama administration's nuclear deal with Iran would reduce Iran's centrifuges from 20,000 to about 5,000 first-generation IR-1 models.