Fox host: Ahmed Mohamed 'did a really dumb thing' by building clock and wanting to show it to teacher 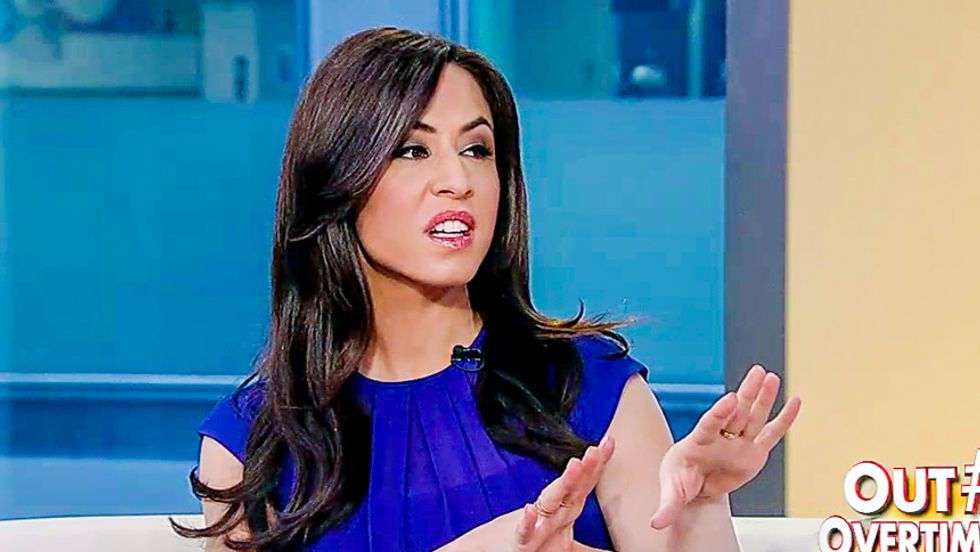 Fox News co-host Andrea Tantaros on Thursday defended the arrest of a Texas teen who brought a homemade clock to school, saying he was "dumb" for wanting show his teacher the digital clock he'd made.

"This story is really -- I mean it has everyone I think scratching their heads. This clock -- does anyone think that it did not look like a dangerous weapon out of a Die Hard movie?" Tantaros said on Fox News' Outnumbered.

But Tantaros said inviting the teen to the White House could hurt national security.

"What the president did, Sandra, by elevating this story to national attention, is he basically got rid of 'if you see something, say something,'" the Fox host remarked. "The teacher did her job. We have an FBI document out there right now that talks about what to look for. Okay? This is part of it and we've seen terror attacks before. We've seen them use cell phones and innate objects.

"And look, Ahmed is a smart kid. He's probably going to go to MIT and make a ton of money, but he did a really dumb thing and brought it to school and the president just elevated this to a national issue that doesn't deserve elevating frankly."