Fox psychiatrist: Every person without a gun should ask 'What the heck is wrong with me?' 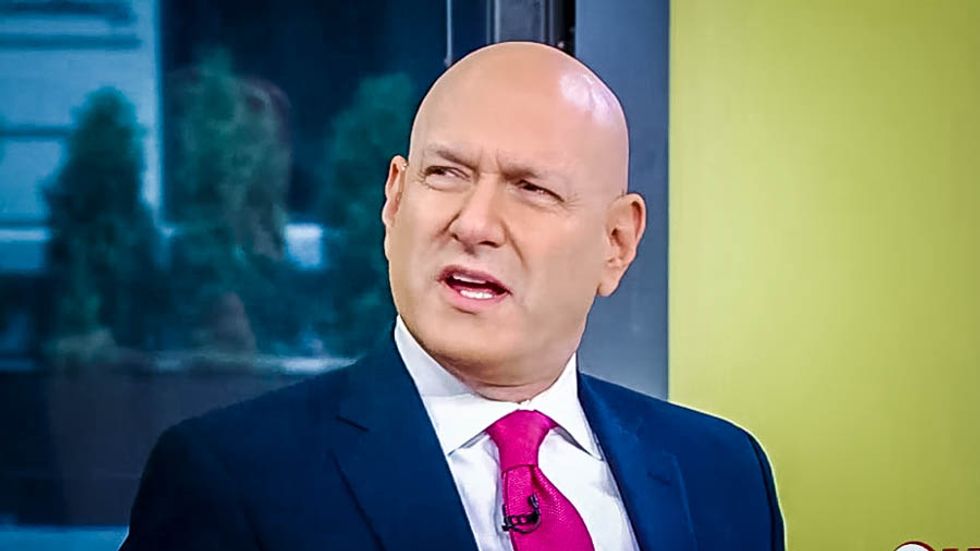 Fox News Medical A-Team psychiatrist Dr. Keith Ablow argued on Tuesday that the shooting of a police officer near Chicago was a reason for "gun control in reverse."

During a press conference on Tuesday, Lake County officials said that a manhunt was underway for three men -- two white and one black -- who were suspected of killing a police officer. Earlier reports had indicated that the suspects had also taken the slain officer's gun and pepper spray.

The hosts of Fox News' Outnumbered lumped the shooting into what they said was anti-police sentiment instigated by the Black Lives Matter movement.

"It's another police officer that has been shot," host Sandra Smith lamented on the Outnumbered Overtime Internet broadcast.

"Number one, we've got the issue that police officers have been marginalized... by some folks in our society, the mayor of New York, the president," Ablow opined. "The second thing is that it brings up this issue of gun control in reverse."

"Because the gun control nuts are going to be out in force saying, 'See, another issue with a gun,'" the Fox News contributor continued. "No, the issue here is I want one if I'm in that area right now. I want to know who amongst my neighbors has a gun. Can we congregate at his house or her house? I want to have one if I'm in that area because I'm a law-abiding person and I want to defend myself against these lunatics."

Ablow added: "The question would be, 'Why don't I have one?' Every person in that area right now who is not armed, doesn't have a license for a gun in their home should be saying, 'What the heck is wrong with me?'"

According to the doctor, something was "wrong" with a person who said, "I won't exercise my autonomy, I have to leave my family defenseless because these people are out there and I wouldn't go get a gun."

"It's got to be an incredibly scary situation," Smith pointed out.

"Not if you have a gun!" Ablow exclaimed.

Watch the video below from FoxNews.com, broadcast Sept. 1, 2015.