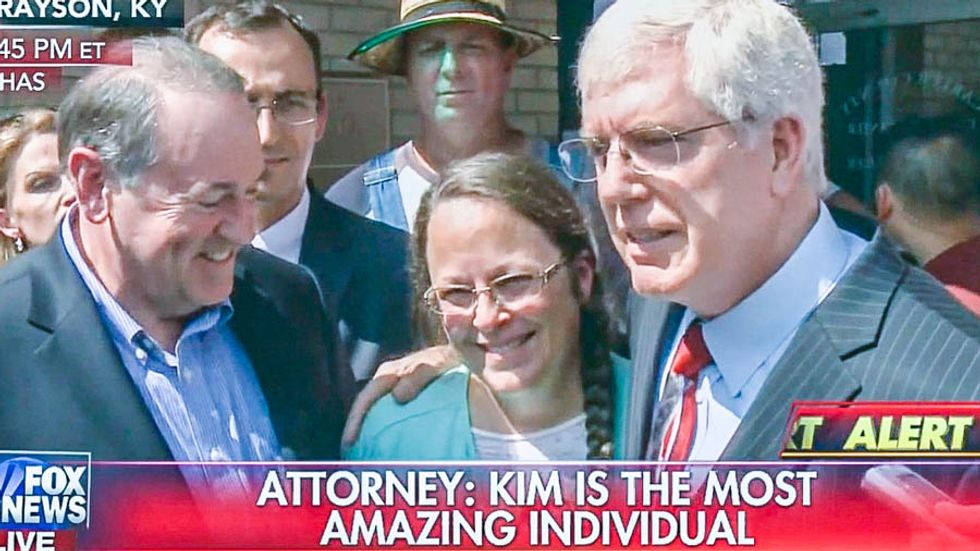 Rowan County Clerk Kim Davis was escorted out of jail Tuesday by Republican presidential candidate Mike Huckabee and her attorney, Mat Staver of the Liberty Council.

Davis sniffled as Staver promised that she would follow her conscience even if it meant violating a judge's order.

U.S. District Court Judge David Bunning ordered Davis released from jail on the condition that she not interfere with the issuance of marriage licenses in her office.