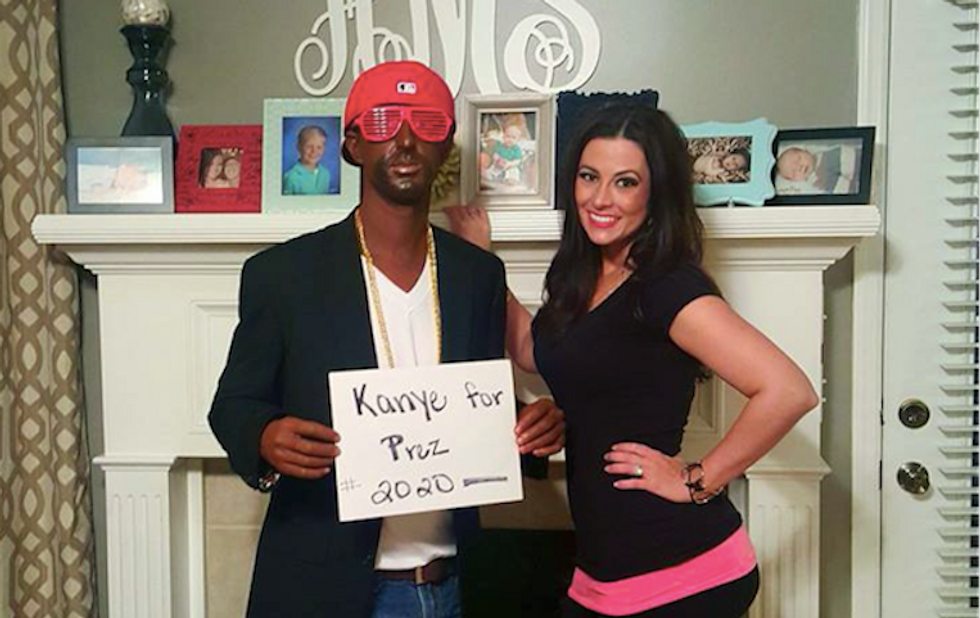 On Sunday, a photo of Morrow in black face and plastic louvered sunglasses surfaced on the social medium Reddit.

Heath Morrow's wife, Shannon Morrow posted the offensive photo to her Facebook wall in which she poses next to her husband with an elaborately padded posterior and leopard print spike heels intended to make her look like reality TV star Kim Kardashian.

"Haha some people thought Heath was really a black man," she commented.

Decatur appointed its first-ever black fire chief in 2014, prompting an outcry by some residents.

"It's not about racism, it's about the qualifications," said Alma Birdsong of Decatur to DecaturDaily.com. "They should have looked at Chief Jackson's qualifications. I just don't understand it."