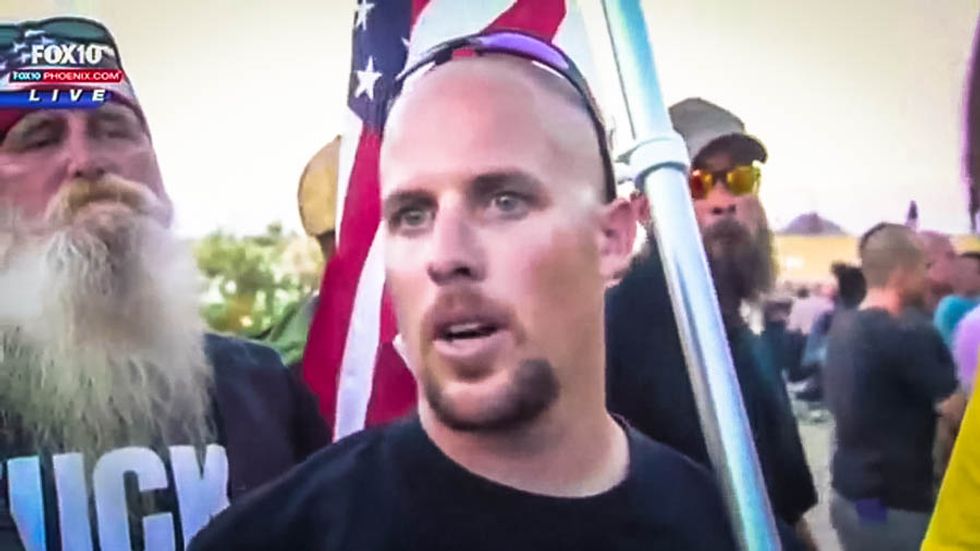 Anti-Muslim conservative groups have planned at least 20 rallies this month at mosques and other sites across the Unites States in coming days.

Imagine 2050 reported this week that a Facebook group called Global Rally for Humanity had put out a call for anti-Muslim demonstrations in “every country at every Mosque.”

"[I]f there is not an event page set up for your area yet then its time for you to take the initiative and start a page and invite patriots and share it," the page explains. "Remember to do your homework and find a local mosque in your area so you can publish the location."

According to Imagine 2050, at least 20 rallies had already been planned for Oct. 9 and Oct. 10. Some of the organizers have encouraged demonstrators to show up armed, while others urged participants not to bring weapons.

An event in Dearborn, Michigan was billed as an “OPEN CARRY anti-mosque pro-AMERICA rally on 10/10!!”

Organizers have cited the "Justice or Else" rally for 20th anniversary commemoration of Million Man March, President Barack Obama's nuclear deal with Iran and the Syrian refugee crisis as motivation for the events.

Jon Ritzheimer, who was reported to the FBI after staging a "Draw Muhammad" biker rally in Arizona earlier this year, announced to his supporters that he was planning another event at the Islamic Center of Phoenix on Oct. 10th.

“I would love to see more of these events pop up in other states," Ritzheimer told The Washington Post earlier this year. "I want fellow patriots standing right here next to me. This isn’t about me. Everybody’s been thinking it, I’m just saying it.”

Watch the video below of Ritzheimer speaking at a rally earlier this year.