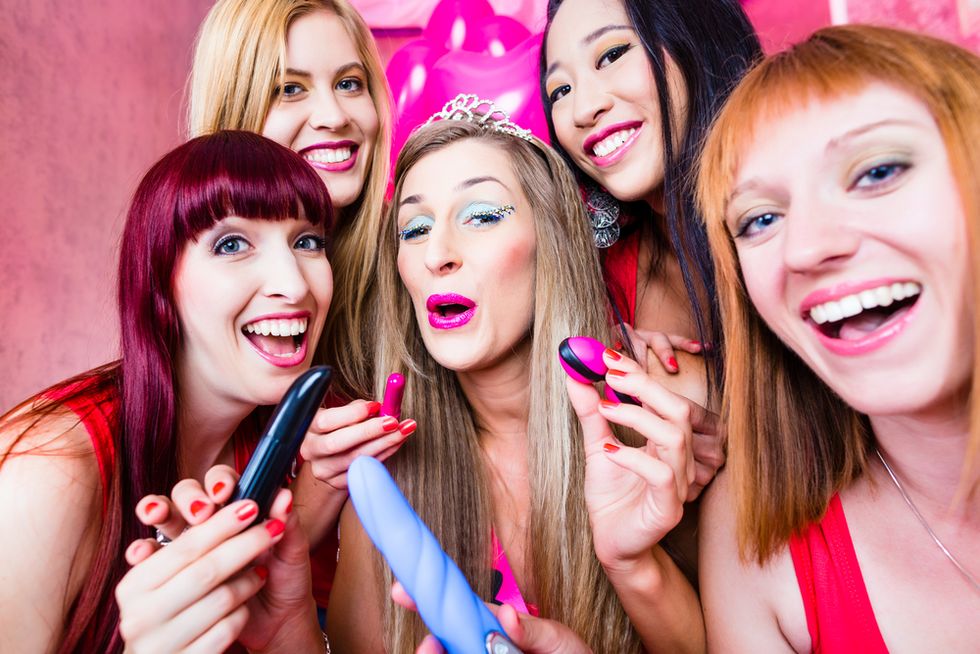 According to the Houston Chronicle, the #CocksNotGlocks protesters intend to openly carry brightly colored sex toys on campus in protest.

As of press time, 2,000 people said they intend to go to the rally.

The group's Facebook bio explains that guns will be legal on Texas campuses, but sex toys are not.

The Chronicle said, "At two public forums held in the last month, dozens of UT-Austin students, faculty and staff spoke against the law, urging President Greg Fenves to severely limit campus carry at the flagship. Last week, a professor emeritus in the school's economic department announced he would be giving up teaching over concerns about his personal safety."

Private universities will set their own policies.

Now Jin and other supporters of the protest are getting spewed with abuse.

Jin's private contact information has been made available online -- a trolling practice called "doxxing" -- and the Facebook wall has been host to statements like this from Ron Cox of Oxford, Mississippi: "I'm guessing that the organizer of this event is a huge slut. Should be funny to watch!"

"Anatomy of a school shooting, some liberal dipshit guns down a bunch of other liberal dipshits because he's "opressed" or "triggered" or off his meds. Liberals respond by blaming guns and waving dildoes around......because logic. I'm really glad you freaks exist, don't get me wrong. Everytime I get online I'm endlessly amused," said user "Alex Drones."

"(Y)ou dumb cunts post a page like this then report people for standing up to your pathetic bullshit?" fumed Becca Lynch of Seattle, Washington, as well as: "YOU NASTY CUNTS NEED TO BE LOCKED UP FUCKING EWWWW" as well as "This kinda shit is exactly why my daughter wont attend one of these slut colleges."

"Maybe if Jessica Jin's countrymen had guns there wouldn't be millions of them rotting in unmarked graves?" said user "Romney Wordsworth."

Neal Atkins of Waco urged the protesters to "be sure and RESIST when arrested. It makes such good headlines when a smarmy little drag worm gets offed for resisting."