WATCH: College brat who called cop N-word gets taken down by cafeteria staff during mac and cheese tantrum 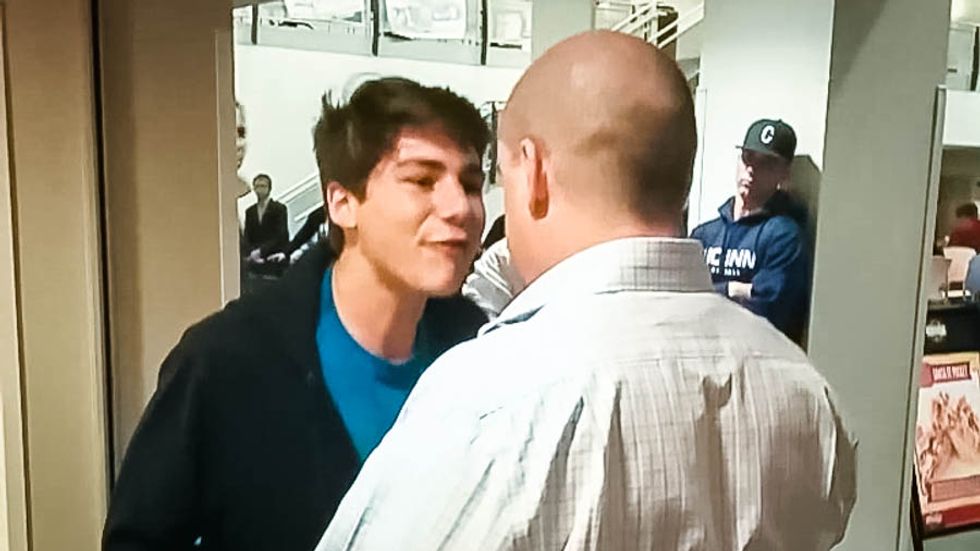 A drunk UConn student who threw a fit after the student union cafeteria ran out of bacon jalapeño mac and cheese was arrested on Monday. And it turns out that it's not the first time that his temper has landed him in jail.

In a viral video, 19-year-old Luke V. Gatti can be seen berating a cafeteria manager who has asked him to leave for openly carrying an alcoholic beverage.

The video begins with Gatti pushing the manager and demanding bacon jalapeño mac and cheese even though the kitchen has sold out of the dish.

“This is getting posted somewhere, and you’re gonna look like a f*ckin’ tool,” Gatti insists.

Several minutes later, cafeteria staff decides they have taken enough abuse after Gatti pushes the manager again. A chef and the manager force Gatti to the floor as police officers arrive.

“I am absolutely f*cked," the 19-year-old student notes.

In 2014, Gatti was reportedly attending the University of Massachusetts when he was arrested while officers were trying to break up a party that was blocking a local street. A police report stated that Gatti shouted "f*ck you n****r" directly at one of the officers. Officers stated that Gatti was exhibiting "temper tantrum like behavior" before he was arrested for Disorderly Conduct.

Just two weeks later, Gatti was arrested again on the same street for assaulting an officer.