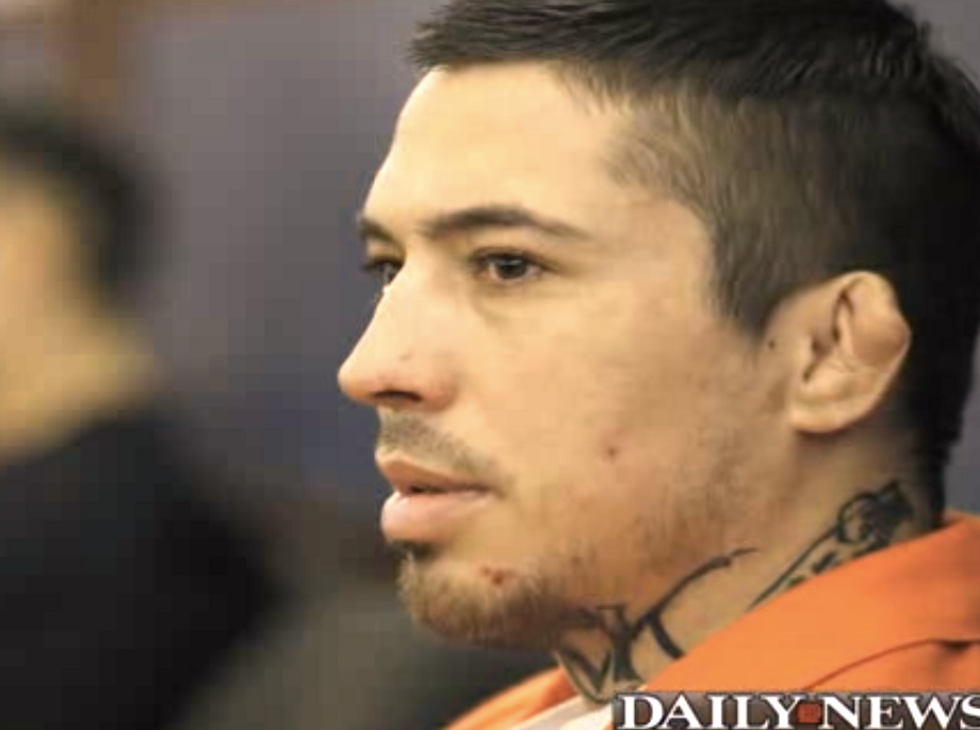 The Las Vegas Review Journal reported on the nonsensical defense ploy which War Machine -- born Jonathan Koppenhaver -- used during his trial in Clark County District Court on 34 criminal counts ranging from sexual assault to attempted murder dating back to May of 2013.

Koppenhaver's former partner, adult performer Christy Mack, 23 -- real name, Christine Mackinday -- alleges that the professional fighter serially abused her over the course of their relationship, culminating in a brutal, life-threatening attack in August of 2014.

The Review-Journal said that Mackinday was left with "a blowout fracture of her left eye and several other broken bones in her face, two missing teeth, a lacerated liver, broken ribs and serious bruising in several places" after the attack.

In court on Monday, defense attorney Brandon Sua said that Mackinday's career in adult films constituted consent and that her job instilled in her "the desire, the preference, the acceptability towards a particular form of sex activities that were outside of the norm."

District Judge Elissa Cadish told Sua that she failed to see how a person's choice of profession could determine their constant and ongoing consent to sex.

"I don't see how any of those activities that she did in adult movies would ever show her consent to the acts with the defendant that he's charged with," she said. "I'm not seeing that connection."

At another point in the proceedings, Koppenhaver, who was shackled and dressed in an orange jumpsuit, blew a kiss at Chief Deputy District Attorney Bluth, who halted the testimony.

"Judge, for the record, Mr. Koppenhaver just blew a kiss at me," Bluth said.

Sua said he didn't see any such thing.

Judge Cadish turned in her seat to look into the witness box.

"Mr. Koppenhaver, stop. You are not to make any gestures of any kind toward counsel," she said. "Don't go there."