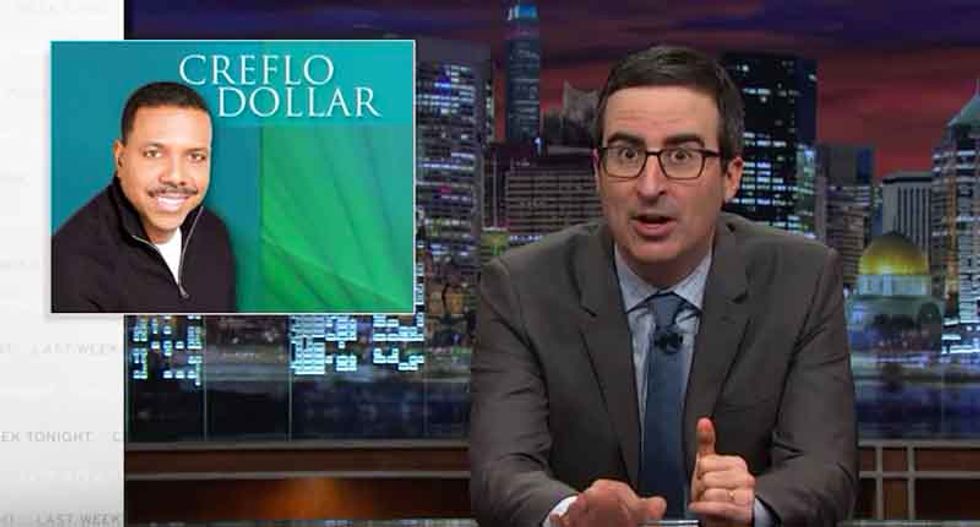 John Oliver's "Last Week Tonight" is far and away the most refreshing thing on late-night TV. While other shows center around round-table chats and celebrity interviews, Oliver uses his massive platform to highlight overlooked but important political issues. Recently, he told CBS that his focus was "absurd public policies."

By highlighting the absurdities of American institutions, he milks the injustice for a laugh while drawing the attention of millions of viewers to the issue. It's a brilliant combination that, when it fires on all cylinders, makes for great comedy and sometimes even triggers reforms.

Here are his seven best segments.

Arguably Oliver's breakout hit, this segment masterfully dissected the knotty issue of net neutrality and its effect on free speech. Oliver explained why creating a two-tiered Internet was unfair, and even recruited the Internet's "vile commenters" to spam the FCC's website, which was taking public comment at the time. As a result, the website crashed and FCC Chair Tom Wheeler had to hilariously insist to the public that he "wasn't a dingo."

Possibly the least sexy topic his show has ever covered, Oliver took on huge poultry processing corporations that exploit small farmers and work to gut legislation that regulates the industry and protects animal welfare. In one of the more clear-cut political wins, the segment actually resulted in a pro-industry rider being left out of the Agriculture Appropriations Bill this summer for the first time in years. Several members of Congress cited Oliver's segment for providing the political will to remedy the problem.

America's bail system is a two-tiered system where those who can afford to pay their bail go free and those who can't are often forced to plead guilty or waste away in lockup before trial. Like many of the topics Oliver covers, it's an injustice that exists largely due to inertia, despite being widely condemned as being unfair. One month after Oliver's segment aired, New York City Mayor Bill de Blasio announced the city was reforming its bail system to lessen the burden on low-level offenders, allowing a judge to release up to 3,000 defendants awaiting trial. While there were certainly other factors at play, many pundits insisted Oliver's segment helped bring the topic to the forefront of public debate.

Another case of disenfranchisement that disproportionately affects people of color, D.C.'s motto is "taxation without representation" for good reason. The segment brilliantly breaks down the injustice of D.C.'s current status and why it should be granted statehood. Oliver's segment was so popular it inspired activists to organize a sing-along protest on the steps of Capitol Hill the following week.

This was a case of Oliver taking important work by others and making it far more popular than it otherwise would have been. A month before the show aired, the Washington Post did a multi-part investigation into police abuse of civil forfeiture, the practice of seizing people's private property without due process, and in some cases, selling the assets to fund police departments. A few months later, Attorney General Eric Holder announced the DOJ would seek to massively curb the practice.

In one of his more ruthless segments, Oliver took the Miss America pageant to task for being sexist, out of touch and superficial. Worst of all, the non-profit claimed on its IRS forms that it had given away $45 million in scholarships to women, when in fact, it had only handed out a fraction of this. It turns out, the organization was counting any and all potential scholarships for the purposes of taxes. In protest, Oliver asked his viewers to donate to the Society of Women Engineers college fund, which saw an unprecedented uptick in donations following Oliver's plug.

The fact that over 4 million Americans in the territories of Virgin Islands, Guam and Puerto Rico cannot vote should be a national scandal, but the issue is so entrenched in our nation's history it's largely taken for granted. Oliver broke down this glaring injustice by highlighting a law from the 1900s that doesn't grant "insular cases," those living in U.S. territories, full constitutional rights. This episode was cited by Ninth Circuit judge Marsha D. Berzon in a lawsuit brought by the citizens of Guam over a tax refund program.