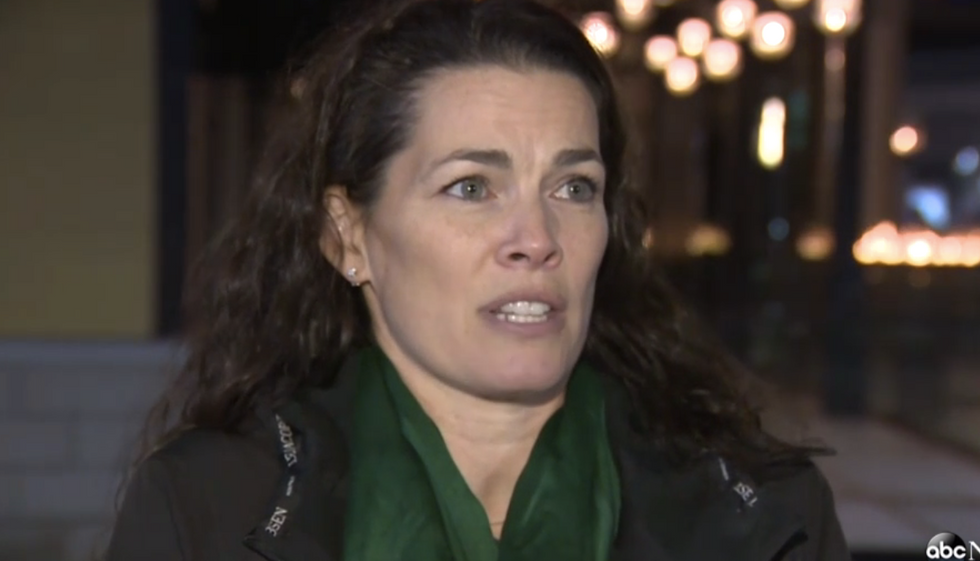 Olympic figure skater Nancy Kerrigan told reporters on Sunday that she is "devastated" by the murder of Colorado police officer Garrett Swasey in the domestic terror attack on a Planned Parenthood clinic in Colorado Springs.

According to ABC News, Kerrigan said she and Swasey grew up skating together in her home town of Melrose, Massachusetts.

“I called him ‘Ugh’, he called me ‘Yuck,’" Kerrigan told the Boston Herald. "We were always teasing each other like a brother and sister.”

She recalled that Garrett's father David Swasey picked her up at school and drove her to the ice rink for practice every day when she was in high school. She said she is still trying to absorb the news.

Describing herself as "devastated," Kerrigan said, "I am not surprised with the way he was living his life, as police officer helping others. It makes total sense, he was always like that.”

Republican senators have discovered that trying to block veterans from healthcare doesn't play well among American voters. With fewer than 100 days until the 2022 midterm elections, GOP senators who previously supported legislation to care for veterans with cancer due to burn pits voted it down. Now they're having second thoughts, Politico reported.

It was mere weeks ago when 84 Senators, all Democrats and a hefty chunk of Republicans, voted to pass the bill. One small tweak in the language was eliminated involving taking over private care, but it didn't change anything meaningful in the bill. But last week, Republicans voted it down. They've been trying to justify it by saying that Democrats added in all of these budget spending measures, but those were actually in the bill they supported.