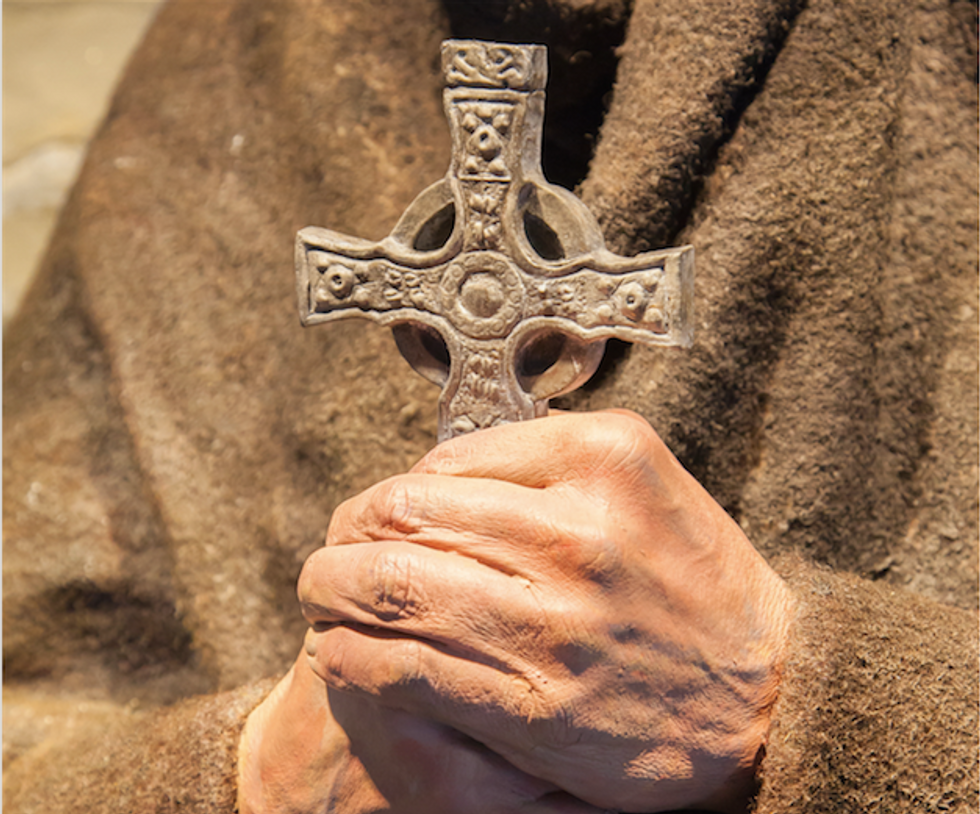 Personnel records made public on Tuesday revealed that Catholic priests at St. John's Abbey in Collegeville, Minnesota engaged in a sustained and coordinated campaign of child rape, which they took pains to keep secret from the public for decades.

According to the Minneapolis Star-Tribune, a court case brought by one of the priests' former victims has resulted in a judge's order for the monastery to release records on all priests and monks credibly accused of child abuse.

The documents released regarding five abusive priests on Tuesday mark the first time the monastery has opened its records to the public after being embroiled in abuse lawsuits for more than 20 years. The files include psychiatric assessments of the five men, records of abuse allegations and the abbey's responses dating back from the 1960s to the last few years, including records of one priest who molested more than 200 victims, all boys, from the sons of parishioners to child prostitutes as young as 13 in Thailand.

Rev. Finian McDonald confessed in a 2012 psychiatric session that he molested more than 200 boys, 18 of whom were children under his care in the dormitories of St. John's Preparatory School, the private boys' school run by the monks. McDonald admitted that he drank heavily and freely preyed on students during his years as a dormitory prefect.

The abbey released a written statement in an effort to minimize the damning reports.

“There are documents in each file which may be quoted and framed in a lurid context,” wrote Brother Aelred Senna. “But the huge majority of the documents in each of these files acknowledges the very real failures of some monks while showing each of the accused monks as a fallible, relatable person.”

Senna alleges that the abbey made no attempt to cover up abuse allegations when they were brought to church leaders' attention.

However, Victim Troy Bramlage's attorney Jeff Anderson said in a press conference on Tuesday that the documents show a clear pattern of systematic abuse with no serious efforts made to protect the children in the monks' care.

“So many offenders were allowed access to so many kids for so many years,” Anderson said. “This reflects to us...that there are dozens and hundreds of survivors that are yet to be known.”

Four other predator priests were profiled in the documents: Rev. Tom Gillespie, former priest Fran Hoefgen, the Rev. Bruce Wollmering and the Rev. Richard Eckroth. Wollmering and Eckroth, said the Star-Tribune, are deceased.

Hoefgen was acquitted of sexually harassing a teen boy earlier this year, but the newly released records show that he exhibited a pattern of predatory behavior toward boys, beginning in the 1980s and continuing through the next two decades.

Rather than alert authorities and dismiss Hoefgen, however, the abbey presented him with $30,000 to help him "transition out of the priesthood."

The documents show that the abbey moved priests from parish to parish when abuse allegations where levied against them, covering up the problem and keeping secrets within their own ranks. There are 14 more priests associated with the abbey whose records have yet to be produced.

Troy Bramlage, the St. Cloud abuse survivor whose lawsuit spurred the release of the documents told reporters that he hopes more victims will come forward as the priests' records go public.

“People need to know they don’t have to suffer alone,” he said.