Fox's Keith Ablow: 'If somebody named Syed leaves your party... call the cops' 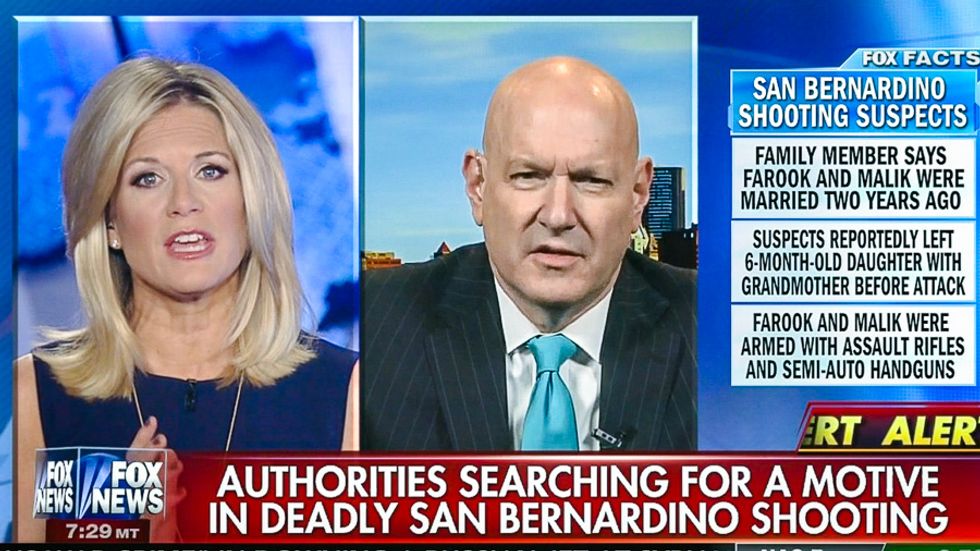 Fox News resident psychiatrist and Medical A-Team member Dr. Keith Ablow warned Americans on Tuesday to "call the cops" if anyone with the name of "Syed" left a Christmas party early.

"Looks like a duck, acts like a duck," Ablow replied. "We have got to get ourselves out of denial. It's a duck."

"The president wants to talk about gun control while America is bleeding," he added. "And the bottom line is we've got to think about that too? Why would the president want to disarm us when we are under assault by radical Islam. Interesting. Why?."

MacCallum wondered if a dispute at Farook's workplace holiday party triggered the attack.

Ablow explained that "as a journalist" it was obvious to him that something happened at the party.

"Maybe [the shooter] said, 'Why aren't we celebrating my holidays?'" the Fox News doctor opined. "Maybe somebody said something that he considered off color about his faith and he decided now it's go time."

"Listen, if somebody named Syed leaves your party and people say, 'Why is Syed leaving?' -- You know what? Call the cops," he concluded. "That's the point at which we're at in this country. I'm sorry to say it, but we're there. And to do otherwise would be called the psychological force of denial."