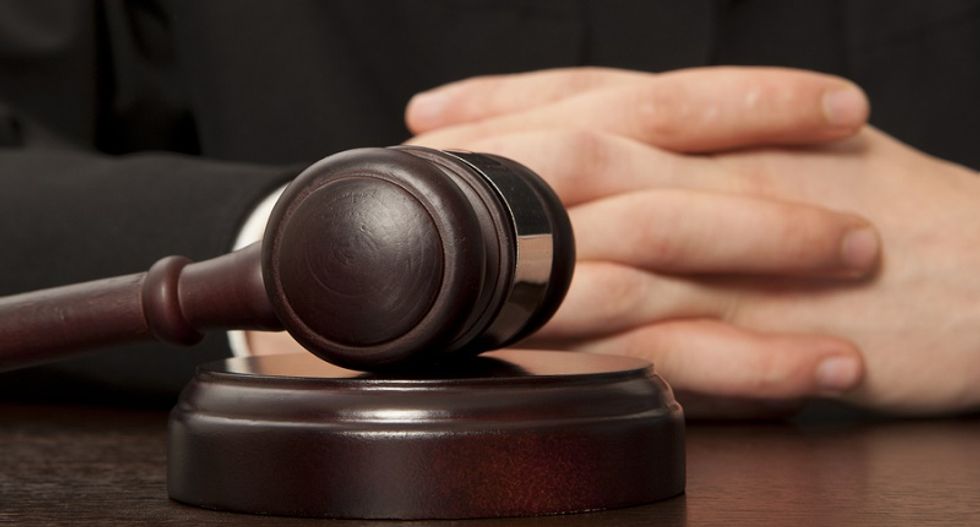 If you take one thing away from binge-watching Netflix’s Making a Murderer besides sympathy for its protagonists, make it this: the events of the film, in which two men may have been framed for murder, aren’t an isolated case – the criminal “justice” system actively works against innocent people and prevents justice all the time. And in many ways, that is by design.

The 10-hour, 10-episode film follows the story of Steve Avery, a Wisconsin native who spent 18 years in jail after being wrongly convicted of rape in 1985. After the real culprit was found and he was exonerated, he found himself re-arrested and tried for murder in a separate case a short time later, under extremely suspicious circumstances that strongly suggest he was framed by the local sheriff’s office while prosecutors looked the other way.

One of the most gut-wrenching scenes is when one of the characters, Brendan Dassey – Avery’s cousin, who is a shy and sad teenager with mental difficulties – is coerced into confessing to the murder that is the subject of the majority of the documentary. His public defender briefly refers to the “Reid method” of interrogation then quickly moves on without explaining what they meant. But it’s an important point.

The New Yorker published an excellent article a couple years back reporting on the highly controversial technique, which is used by police around the country despite not being based on any actual science. It turns out the method – where interrogators suggest and push events onto those they are interrogating for hours and constantly tell the suspects they are lying – is great at getting confessions but terrible at getting the truth, and it often leads to putting innocent people behind bars.

In another must-read article about the subject of false confessions, Judge Jed Rakoff explained in the New York Review of Books in 2014 , “Research indicates that young, unintelligent, or risk-averse defendants will often provide false confessions just because they cannot ‘take the heat’ of an interrogation.” He cites an expert’s estimation that between 2 and 8% of all those who have pled guilty are actually innocent. Projected out over the United States’s two million prisoners, that is a massive number.

Making a Murderer also examines examines the nature of plea bargains and how defendants can be forced into taking them, even if they are innocent. Just because defendants pleads guilty – even if they aren’t represented by the cartoonishly evil attorney in the series, who is basically shown working for the prosecutors rather than his client – doesn’t mean they did it. According to the National Registry of Exonerations , 47 of the 125 criminal exonerations in 2014 involved defendants who had originally pleaded guilty. That’s over 37% of them.

Much of the murder trial depicted in Making a Murderer revolves around DNA evidence, particularly an already-discredited FBI test of evidence that is further contaminated by lab operators yet still allowed to be used against Avery. This is not an isolated, extreme case; in a bombshell admission by the government last year about its forensic hair lab, the Washington Post reported that the Justice Department and FBI “formally acknowledged that nearly every examiner in an elite FBI forensic unit gave flawed testimony in almost all [of the 268] trials in which they offered evidence against criminal defendants over more than a two-decade period before 2000”.

And then there is the strong suggestion that outright framing and malicious actions by the police against Steve Avery occurred in this case. Even if the overt planting of evidence is relatively rare (and we have no way of saying how prevalent it is given how easy it is for police to get away with it), even a few bad cops can lead to a staggering number of wrongful convictions. In 2012, “ researchers became aware of more than 1,100 other cases in which convictions were overturned due to 13 separate police corruption scandals, most of which involved the planting of drugs or guns on innocent defendants”.

And as to how prosecutors and the police can get away with such egregious violations – that’s not unique to Making a Murderer, either. In the first Avery case where he was in jail for 18 years for a crime audiences know he did not commit, prosecutors and police ignored key evidence pointing to another person and purposefully did not hand this information over to the defense. After public outcry, the state of Wisconsin decides to investigate itself. Lo and behold, the report that is written lets the perpetrators off free. This is a tried and true technique of the Justice Department and many other government agencies: investigate themselves after wrongdoing and then announce they’ve been exonerated. While there are countless examples , you can start with the FBI’s own investigation into the 150 shootings its agents were involved in over more than a decade and finding the agents faultless in every single one.

All this really just scratches the surface of how our justice system – which is often described in pie-in-the-sky terms involving “innocent until proven guilty” and “truth and justice” – is so stacked against defendants that there are potentially tens of thousands of innocent people in jail right now. And in many of the cases, it’s difficult or impossible to get a new trial given how much the system is meant to protect itself.

Ninth Circuit judge Alex Kozinski wrote a seminal paper on how investigators, prosecutors and courts put defendants at an extreme and unjust disadvantage just last year . Kozinski comprehensively documented the myths many people have about the justice system’s fairness and how it is incredibly stacked in favor of the state while stifling defendants’ basic rights. While the paper was written for a law review, it is written in a matter-of-fact style that non-lawyers will find compelling, and I encourage anyone who is interested in learning more after watching Making a Murderer to read it .