Martin Luther King Jr.'s daughter says his dream of racial equality is not yet realized 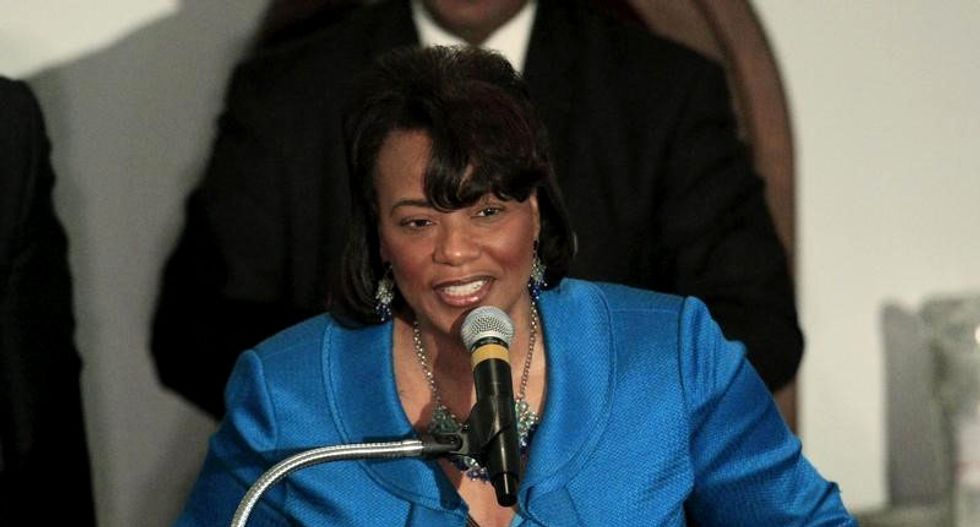 The Rev. Martin Luther King Jr.'s dream of civil and racial equality has yet to be realized and can only bear fruit through continued struggle, his daughter said on Monday during the U.S. holiday commemorating the slain civil rights leader.

Bernice King told a standing room-only crowd at Ebenezer Baptist, where her father had preached, that blacks faced the erosion of voting rights, environmental injustice and rising gun deaths.

"What would my father say?" asked King, who was frequently interrupted by deafening applause. "He'd say, 'What is taking you all so long?'"

Her address was among a raft of speeches, tributes, concerts and parades marking the 30th anniversary of the U.S. holiday commemorating the civil rights leader. King, a Nobel Peace Prize winner, was assassinated by a white supremacist in 1968.

Coinciding with the King holiday, African-American director Spike Lee and actress Jada Pinkett Smith said they would boycott next month's Academy Awards ceremony because black actors had been shut out of the Oscar nominations for a second year in a row.

In Columbia, South Carolina, Democratic presidential candidates Hillary Clinton, Bernie Sanders and Martin O'Malley addressed a King rally at the state capitol a day after their party debate in Charleston.

Clinton told the crowd that deaths of blacks at the hands of police was a civil rights issue. Sanders, a Vermont senator, said that King at the time of his death was fighting for economic equality in United States.

"What would he say about a nation where 29 million people don't have health insurance?" he said.

The statehouse commemoration was the first that did not have the Confederate battle flag flying on the grounds.

The Civil War-era symbol was removed after a white man allegedly shot black parishioners at a Charleston church in June. Online photos of the suspect had shown him draped in the flag.

In San Jose, California, a “Celebration Train” will make a 54-mile (86-km) trek to San Francisco to commemorate King's historic 1965 march from Selma to Montgomery, Alabama, for civil rights.

Religious leaders in Cleveland plan a rally at the Cuyahoga County prosecutor’s office to protest police handling of the death of Tamir Rice, 12. A Cleveland police officer shot him in 2014 and a grand jury has declined to indict the officer.