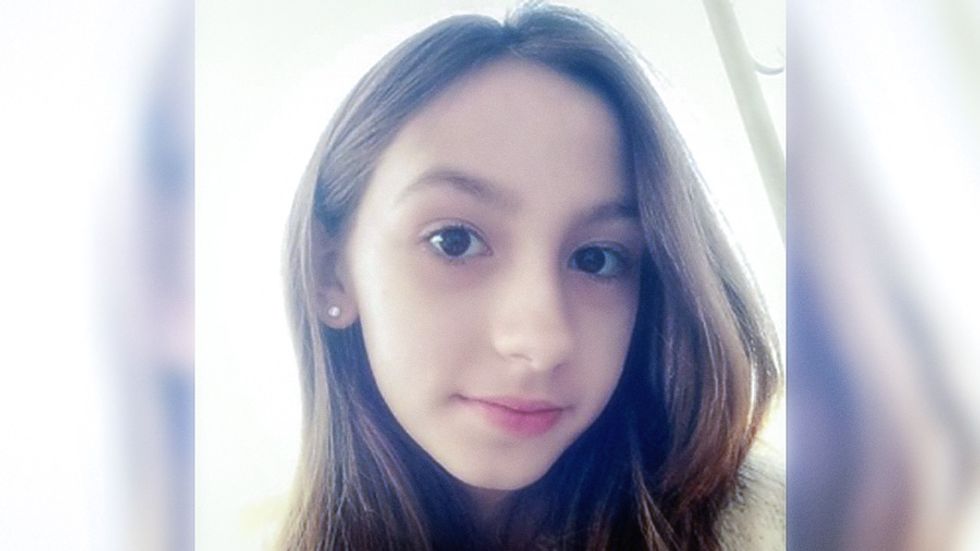 A Pennsylvania constable who prosecutors say accidentally killed a 12-year-old girl during an eviction while firing in self-defense has been cleared of criminal wrongdoing, but the girl's father has been charged with murder.

Perry County District Attorney Andrew Bender said on Thursday that Constable Clarke Steele was in imminent fear for his life and lawfully fired at Donald Meyer, 57, on Jan. 11 after Steele pointed a loaded, semi-automatic rifle at him from a few feet away.

The .40 caliber bullet tore through Meyer's arm and struck Ciara Meyer, 12, in the chest as she stood behind her father, killing her almost instantly. She was home sick from middle school that day, police said.

"Mr. Meyer's reckless conduct, knowing that his daughter was standing behind him, triggered a chain of events that tragically led to the death of Ciara Meyer," Bender said in a statement Thursday.

Barbara Wevodau, the public defender assigned to Meyer, could not be reached for comment.

Steele was in uniform, evicting Meyer and his wife and daughter from their $660 a month apartment in Duncannon, Pennsylvania, about 18 miles northwest of the state capital Harrisburg. They owed back rent of $1,452.60 plus penalty fees, according to court records, and knew they were to be evicted that day.

Meyer was initially charged with several assault counts for pointing the semi-automatic rifle at Steele, but on Thursday was also charged with criminal homicide and endangering the welfare of a child in the death of his daughter, plus illegal possession of a firearm.

In the weeks since the shooting, members of Ciara Meyer's family have publicly forgiven Steele, absolving him of blame for her death, and directed their anger at her father.

After being treated for several days at a local hospital, Meyer has been held without bail in Perry County Prison.

His trial date has yet to set.