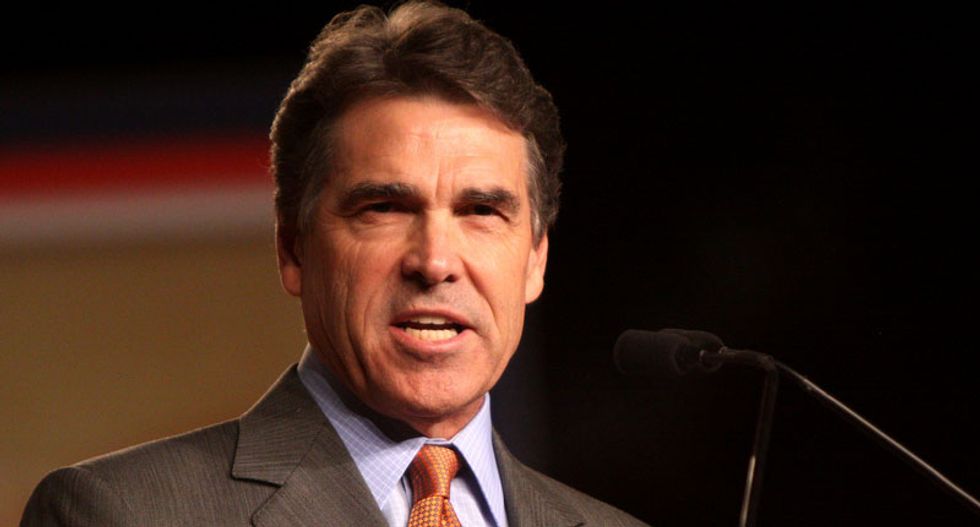 A year out of office, former Gov. Rick Perry has a new job: chief strategy officer at MCNA Dental, the largest privately held dental insurance company in the country, according to a spokesman for Perry.

The Florida-based insurer does business in Texas, and was a major donor to Perry’s presidential campaign.

Jeff Miller, a Perry aide, confirmed Perry’s new gig on Tuesday, as news broke that the longest-serving governor in Texas history was in Florida, meeting with Gov. Rick Scott.

First reported by POLITICO Florida, the meeting was organized by Southern Strategy Group, a lobbying firm that represents the dental company. The insurer is pushing for a “dental carve-out” in the state’s Medicaid program that would allow it to cover children.

“Yes the Governor met with him,” Jackie Schutz, Scott’s spokeswoman, said in an email. “It was about that topic.”

Florida’s official database of lobbyists did not list Perry late Tuesday. But Miller told the Tribune that Perry registered as a lobbyist in the state of Florida Tuesday “out of an abundance of caution."

MCNA Dental — which has contracts with the Texas, Florida and Louisiana Medicaid programs, according to its website — was the top donor to Perry’s presidential bid, which ended in September, donating $37,800 directly to his campaign, according to OpenSecrets.org. MCNA Dental also gave $20,000 to Texans for Rick Perry, Perry's state political action committee, in 2010, according to state records.

The vice chair of the company’s board of directors — Albert Hawkins — previously led the Texas Health and Human Services Commission. Perry appointed him to the role in 2003, and he served until 2009.

Since leaving the campaign trail, Perry has also made news by endorsing candidates in four Texas races, and for voicing his opposition to Dallas oilman Ray L. Hunt’s controversial plan to take over Oncor, the state’s largest electric utility.