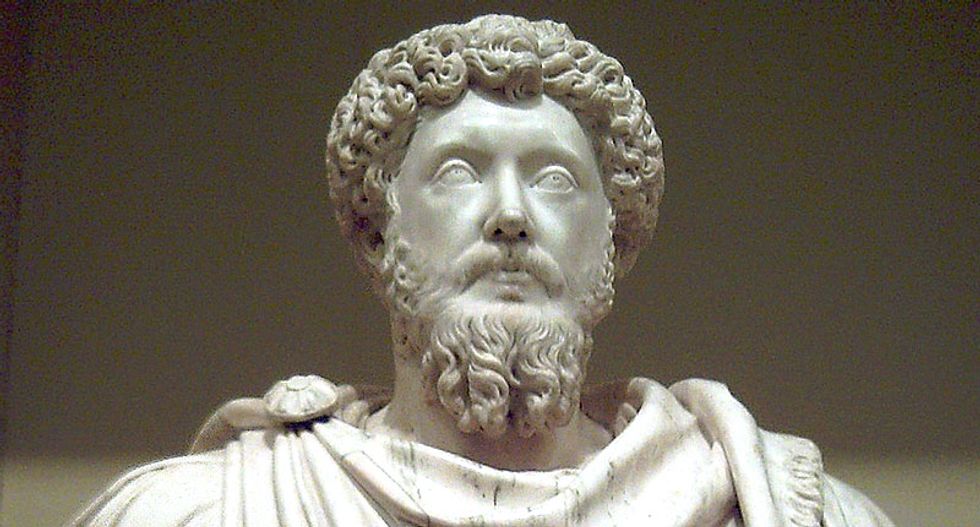 Mankind has been getting high for so long, it doesn’t even make sense to ask when homo sapiens “discovered” mind-altering substances. They’ve just always sort of been there, asking to be drunk, eaten, and snuffed, a feature of our development as both a species and a civilization. From residues and fossils, we know that the use of psychoactive plants, seeds and fungi has been a steady feature of our time on this planet, dating back—way back—through humanity’s earliest known records. The late, great ethno-botanist and philosopher Terrence McKenna has even postulated that psilocybin-containing mushrooms might have spurred the final evolution of the human brain.

Evidence of our favorite prehistoric highs constitutes a global history. Mescaline beans have been found in Peru dating to around 9,000 BC. Throughout the Andes, cultures have been chewing coca leaves for at least that long. We know the Chinese were getting smashed on sweet, rudimentary wine around 7,000 BC, a full thousand years before many Americans believe the world was created as described in the Old Testament. Ancient fossils of cultivated opium plants have been discovered not far from modern-day Rome.

Unlike many modern cultures, most notably our own, these drugs were not banned by the primitive societies that consumed them, but incorporated into their religious and social rituals. Indeed, the use of these drugs may have been central to social bonding and our earliest religious impulses and insights.

Later, during what are considered two of the greatest growth spurts of western civilization—ancient Athens and imperial Rome—drugs continued to be a feature of society. There is evidence supporting the theory that youth in Periclean Athens consumed an LSD-like substance during a famous rite known as the Eleusinian Mysteries, and Marcus Aurelius, the great Roman stoic philosopher-king, was a heavy user of opium.

Let’s take a little tour of the oldest known drugs from around the world.

By now, most people have heard of Ayahuasca, the ancient jungle brew derived from vines and leaves still used by shamans in the indigenous cultures of the Amazon rainforest. But Ayahuasca is not the only potent organic cocktail containing psychedelic DMT with a long pedigree in the Americas. Anadenanthera, a kind of bean found in the grasslands of Latin America (and later the Caribbean), was dried and crushed into a potent hallucinogenic ritual snuff during the same ancient timeframe. This snuff appears in creation myths of many cultures, which, like Ayahuasca-based creation myths, often involves some combination of riverside sex, jaguars, snakes and twins.

Magic mushrooms weren’t the only hallucinogen consumed by the people of Eurasia in the centuries before Stalin started throwing their shamans out of helicopters. “Black” henbane, a poisonous ornamental plant, was used as both a proto-painkiller and a very powerful sedative. It was easy to find in the forest, but the person administering the brew had to know what they were doing. Take too much, and you die. Many scholars of Shakespeare believe henbane was the poison murderously administered into the ear of Hamlet’s father.

Why do Halloween decoration witches fly on broomsticks? Very likely, it is because the female shamans of the Middle Ages (later rechristened as “witches”) rubbed long sticks (including brooms) lathered in “flying ointment” into the mucous membranes of their vaginas, allowing them to soar inward to incredible heights.

One of the main ingredients in this hallucinogenic ointment was the plant belladonna, also known as “deadly nightshade.” Poisonous in high doses, morphine was used as an antidote.  (Those interested in learning more about witches’ brews should consult Thomas Hatsis’ Witches Ointment and Paul Deveraux’s Prehistory of Psychedelia.)

4. LSA and the Eleusinian Mysteries.

There is compelling (if controversial) evidence that the ancient Greeks employed an LSD-like agent during one of the Periclean Age’s most important and elite rituals: the initiation rites of the Eleusinian Mysteries, in which young Greeks bathed, fasted, recited texts and engaged in a central rite thought by some to involve a hallucinogenic drink. This agent, argue proponents of the theory, was a fungus ergot containing the psychoactive alkaloid lysergic acid amide, or LSA, which has similar effects to LSD, discovered millennia later by accident in a Swiss lab.

People throughout Asia had been chewing areca seeds, more commonly known as betel nuts, for centuries before European sailors brought them to Europe during the Renaissance. The nut, used like a kind of chewing tobacco pouched in the lip, is basically a warm, low-grade stimulant, and remains a popular recreational drug throughout Asia. It is also a main cause of the region’s high rates of oral cancer.

One of the oldest drugs in the Horn of Africa and the Arabian Peninsula, khat is another plant-stimulant whose bitter leaves are chewed casually for energy and mild euphoria. Most popular in Yemen and Somolia, the British tried to ban the use of Khat in its colonies during the 1920s. Decades later, Somolian immigrants brought the plant with them to the UK, where it is growing in popularity. Its active ingredient is Cathinone, which is also the kicker in so-called “bath salts.”

Also from Africa, but from the center-west of the continent and much, much stronger than Khat, is the alkaloid Ibogaine, found in the bark of a shrub Tabernanthe Iboga. Used for millennia as a powerful spiritual tool in a range of rituals and ceremonies, “Africa’s ayahuasca” has more recently found use as a way to help people kick a range of addictions, including heroin, meth and tobacco. But unlike other treatments, studies show that Ibogaine doesn’t just “change your frame,” it actually works on your brain receptors to alleviate the physical pains of opioid withdrawal.

The most illustrious of North American hallucinogens. The native tribes of Mexico and the American southwest were harvesting and consuming this small button-like cactus for millennia before US courts came along in the 20th century and got involved in determining the scope of its legality. Chewing the bitter buttons results in a heavy mescaline trip that has traditionally been used for both spiritual and medicinal purposes. Like other drugs, the European colonizers attempted and failed to stamp out its use in the New World.

There are few, if any, known drugs much older or more foundational than the cannabis-containing marijuana plant. Hemp has been discovered in artifacts dating back more than 10,000 years. Some scholars speculate that marijuana may have been key to the development of agriculture, largely because it’s easy to make rope and clothing with hemp fiber. But our ancestors were also getting high. The Talmud mentions the euphoric aspects of ingestion, and Pliny the Elder’s The Natural History has a discussion of the plant’s analgesic effects. Humanity has always been a toking species.

Humans have been using opium derived from poppy flowers since at least the middle of the fourth millennium BC, when we know it was grown in Southwest Asia, still a major region for cultivation. Word, samples, and later a heavy trade spread to Europe and East Asia through the Silk Road, and the rest is, well, history. Today some form of opium can be found in every hospital in the world. Thanks to the recent over-prescription of opium-based medications like Oxycodin, almost as much can be found, sadly, on the street corners of the surrounding cities and towns.