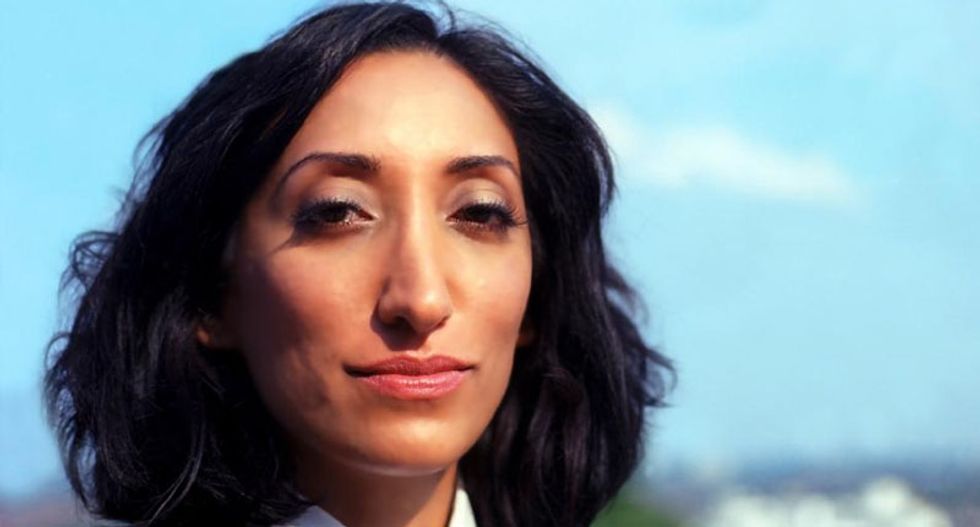 Shazia Mirza, who claims to be the world's first devoutly Muslim woman stand-up comic, is used to walking a very thin line.

She made her name in Britain and the United States in the aftermath of the September 11, 2001 attacks by starting her shows with the line, "My name is Shazia Mirza -- at least that's what is says on my pilot's licence."

But the writer and comedian is touching a still rawer nerve in her new show "The Kardashians Made Me Do It", which asks why so many young Western Muslim girls choose to run away to join the Islamic State group.

At face value, her answer seems as problematic as the phenomenon itself.

"Yes, they (IS fighters) may be barbaric... murderous psychopaths," she said. "But they are hairy, macho, they have guns and they're exciting... and that presses a lot of girls' buttons."

The West has got it all wrong on jihadi brides, she insisted. "This is not about radicalisation, it's sexualisation," she told AFP ahead of a gig in Paris just down the street from one of the bars targeted by gunmen in November's jihadist attacks that left 130 dead.

Mirza argued that for them IS fighters are a bad boy fantasy -- "the One Direction of Islam", pin-ups who promise "no-guilt halal sex of which Allah approves".

Mirza, who comes from a devout Pakistani family and was raised in Britain, knows more than most about where these teenagers are coming from.

"Me and my friends were brought up in Birmingham the same way these girls were. If anything, our parents were stricter."

Up until now Mirza insisted her comedy was never "political. It was all observational. I just told jokes."

But after three London teenagers made headlines around the world last year when they skipped school to run away to join IS in Syria, she realised her comedy might "have something to say".

A former science teacher, she said she taught "hundreds of Bangladeshi girls just like them in a secondary school just down the road from theirs.

"I was with a Bangladeshi friend when the news broke and we were both flabbergasted," she added.

"But when we thought back to our 16-year-old selves we knew exactly why. Almost every Muslim woman I have talked knows this too, and I wondered why no one had just come out and said it.

"If some hot, hairy Muslim Brad Pitt had written to me at 15 and sent me pictures asking me to join him, it might have seemed like an exciting way out. But it would have been nothing to do with religion."

So she wrote "The Kardashians Made Me Do It" -- its title taken from one of the girl's shocked sisters, who told a British parliamentary inquiry that her missing sibling was more into celebrity culture than the Koran.

"I can't understand why she's gone," she told MPs, "she used to watch 'The Kardashians'."

Trying out the show around Britain, Mirza had found "lots of Muslims who never normally go to comedy" staying behind to say, "'You are so right.'"

There have been reports since that IS deliberately uses good-looking young men, -- the so-called jihotties -- as part of its social media strategy to "groom" young female recruits.

At their age, these girls would have known "nothing about Islam", Mirza said. "I went to Koran classes every day after school... it takes years to get to the essence."

Far from being radicalised, she is convinced they had sex on their minds rather than religion or to take revenge "on the West... That is such a joke. These girls are totally Western and British," she said, "and were only three when America invaded Iraq.

"What could be more British than driving your parents mad by running away with unsuitable boys?" Mirza added.

"I was never allowed out of the house on my own, I didn't go on school trips, have white friends or was allowed to wear what I wanted," she said.

But Muslim girls soon learn how to lead double lives.

"When we went out we left totally covered and then changed into miniskirts in the toilets. I dyed my hair pink once and kept it hidden from my mum under my headscarf," she added.

Despite the November attack, Mirza is not worried about taking the show to La Java club in Paris on Wednesday. "It is important we talk honestly," she said.

Muslims have to embrace comedy to help explain themselves, she said. "It is like with the Jews, or the Irish when they were seen as terrorists. When things get tough, you have to get funny."