Samantha Bee: Don’t be fooled by ‘moderate’ John Kasich — he wants ‘to control our baby ovens’ 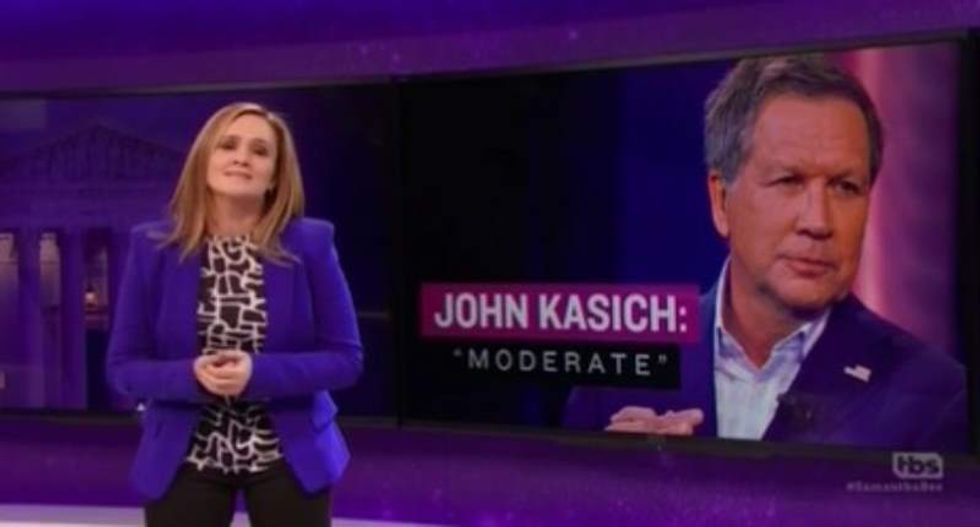 Samantha Bee opened Full Frontal on Monday by debunking Ohio Gov. John Kasich's attempt to bill himself as a "moderate" contender for the Republican presidential nomination.

"GOP, take a closer look at John Kasich. Because while these other chumps make empty promises to do awful stuff, the so-called moderate gets awful stuff done," Bee said.

She showed footage of Kasich -- who has already pledged support behind a bill to defund Planned Parenthood -- squirming when pressed on his stance on abortion by MSNBC's Chris Matthews, saying only that Roe v. Wade "sort of" legalized abortion.

"All the other Supreme Court decisions apply to everyone, but Roe v. Wade only gives rights to women who don't live in states run by a governor on a stealth mission to control our baby ovens," she said.

The reason people outside of Ohio don't hear about his positions, she explained, was because they are slipped into bigger budget bills, which obscures statements of support like the one Kasich got from Ohio Right to Life, which gushed that "no candidate running for president" has done more to support its agenda.

"Not even Ted Cruz, who once killed an abortion doctor through prayer," Bee said.